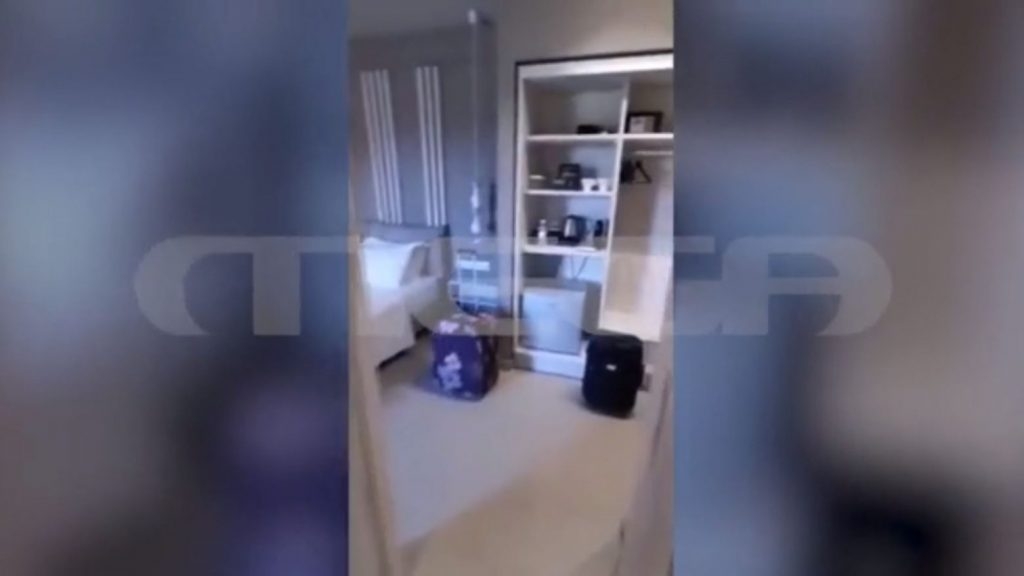 Recall that a security camera was found in the room of a tourist hotel located in the village of Kassandra in Chalkidiki, which recorded the personal life of the guests. A complaint to the police authorities was filed by a couple who discovered a surveillance camera “lurking” in the outlet. The owner of the hotel was detained by law enforcement, and he admitted that he “installed a camera for his own use.”

During the investigation conducted by the police, it turned out that at least 10 more couples had “intimate moments” recorded in this room alone. Wherein cameras were found in all rooms of tourist accommodation. Now, a few couples who spent a few days of my vacation in this hotel, are looking forward to the development of events that have swirled around the hotelier case. As soon as they were informed about the presence of hidden cameras, they try to find out if they, too, are the victim of a voyeur’s “prying eyes” and a camera recording their every breath.

Couples who have come to Halkidiki to enjoy the beauty for a few days are now trembling with fear over the possible exposure of intimate moments that may have been recorded by the owner of the hotel. After the incident became public, several hotel guests are looking for possible evidence of the existence of cameras through videos and images that they themselves recorded on their mobile phones from the rooms.

Speaking on Live News, the couple said they carefully reviewed video footage (from the room they were staying in) filmed on their own cell phones to see if hidden cameras were found elsewhere. “Now we don’t know if he filmed us or not. However, this is what we most want to find out – said one of the clients of the hotel in question – we are at the stage where we have informed the police and they have informed us that they have passed the information that we have provided them to the police section of Cassandria, which is also involved in this case.

The man told Live News about everything and stressed that he was quite shocked when he learned that in the hotel where he and his wife stayed this summer, hidden cameras were found (and in every room!), Recording everything that happens behind closed doors. “Everything was good and the hotel was immaculate, new, we could not imagine that the rooms had such “amenities” (sarcasm about the security camera). In fact, we don’t even know if there was one in our room, and that’s why we’re now worried about all this. And that is why they wrote this statement to the police, ”he added.

Customers describe the owner of the hotel as friendly, discreet and impeccable professional, not believing that a whole installation with hidden cameras was installed that captured private moments of at least 10 couples. “He was very friendly. The only thing that was so strange, of course, everyone does with their appearance what they want, it’s subjective – he just dyed his hair pink at the time,” said the client of the hotel. Now the hotelier had disappeared under cover of night, even tearing down the sign from the inn before leaving the village.

It is worth noting that while three more pairs identified from memory cards of cameras seized from the living quarters. If it is proven that he used the illegal spicy material for personal use only, he will be charged with a misdemeanor, authorities said. with imprisonment for up to one year. Well, if it is proved that he also sold material to pornographic sites for a fee, then will be charged with a felony with a much more severe penalty.