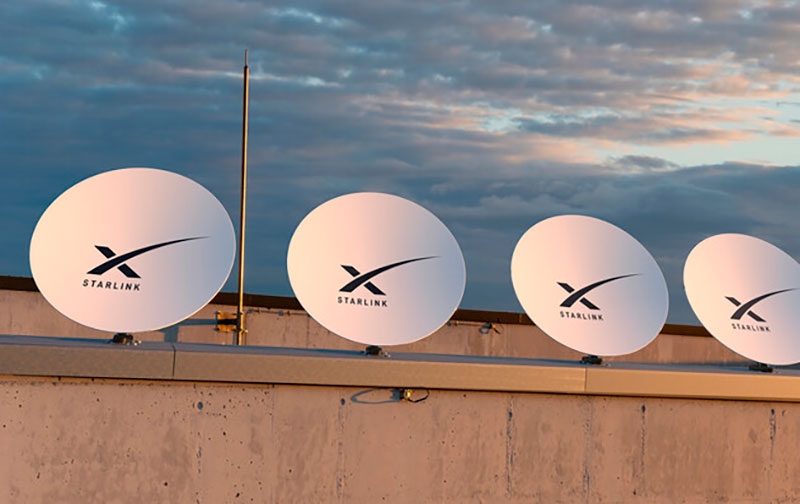 Starlink, a satellite network that provides Internet services on a global scale, has “fallen” in some regions of Ukraine. The Financial Times accused Elon Musk (the owner of SpaceX) of “dropping” the network in Ukraine to help Russia!

Starlink is not just an Internet provider for Ukraine. This was stated by a military source: “Starlink is our oxygen. If we tell Musk to leave and take Starlink with him, our army will be in chaos.” In other words, the Ukrainian army relies on Elon Musk’s satellite internet to coordinate, command and control its forces.

Now 12,000 Starlink terminals operate on the territory of Ukraine. This is the highest figure in Europe. According to a Ukrainian official, Elon Musk rejected Kyiv’s request to make Starlink available in the Crimean region, while according to another, “Ukraine has been experiencing problems with Starlink since September 30”.

The publication cited the statements of the Ukrainian military, who report that during the counter-offensive in the south-east of Ukraine, they had malfunctions in the terminals.

US Senator Adam Kinzinger said: “Starlink actually “dropped” the Internet in the areas of military operations in Ukraine”, which prompted Elon Musk to make an official statement about what he called “a national security issue.”

JUST IN – Congressman Adam Kinzinger: “Evidently the Starlink system is down over the front lines of Ukraine.” Congressman asks Elon Musk to make a statement on this “national security” issue

The article also said that thousands of Starlink terminals were purchased by the US government and donors to help Ukrainian forces operate drones, obtain critical intelligence and communicate with each other in areas where there are no other secure networks. Musk focused on this aspect.

“Bad FT report. This article falsely claims that Starlink terminals and services were paid for, when only a small percentage was paid,” the entrepreneur claims. “This operation cost SpaceX $ 80 million and will exceed $ 100 million by the end of the year. As for what happens on the battlefield is classified.”

But other sources say otherwise. “Not a single Starlink ‘fell’ in eastern Ukraine. It’s just that the Ukrainian offensive was so fast that it entered areas that had no coverage because they were under Russian control.

I wonder whether these two things are anyhow related… 🤔🙃#Ukraine #ElonMusk pic.twitter.com/XGQFa9DwKS

Be that as it may, Starlink is in trouble over Ukraine, and at present, no one knows if this is an Elon Musk move, a random event. or the loss of communication is related to the actions of Russia.

Recall that earlier Elon Musk said that the war in Ukraine must be ended on Russia’s terms. He named four conditions that Ukraine must accept in order to end the war, including declaring a neutral status. The businessman called for the recognition of Crimea as Russian and noted that the peninsula was transferred to Ukraine as a result of “Khrushchev’s mistake.” This statement caused a lot of angry comments from Ukraine, the authors of which, among other things, called for the assassination of Elon Musk.