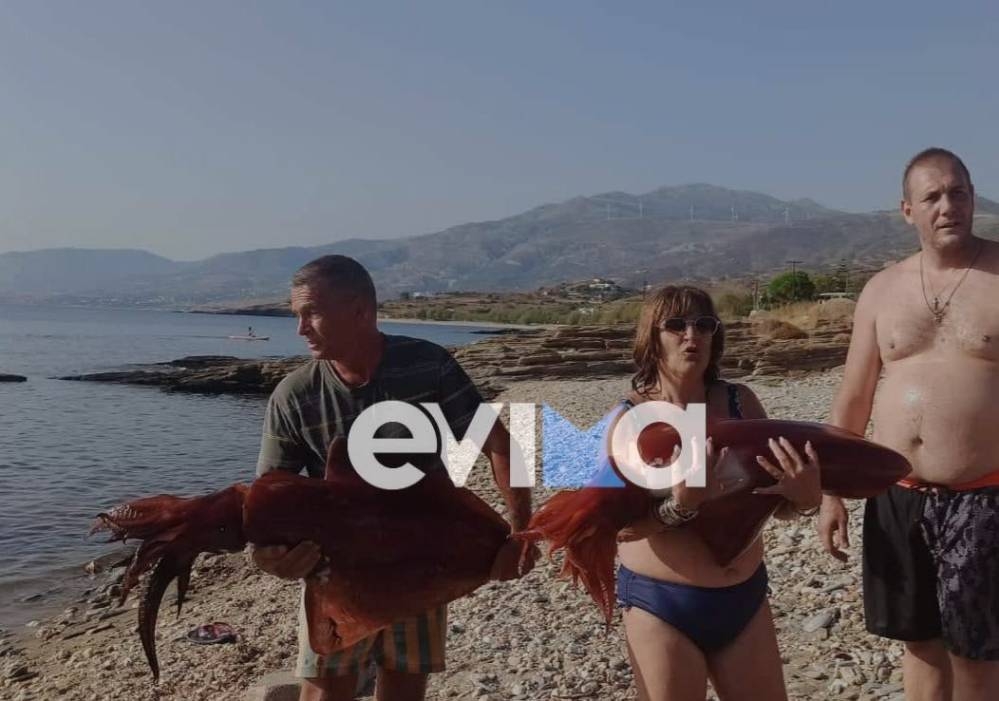 The record “catch of the year” was made by the fishermen of Karistos, who caught two fifteen-kilogram squids.

Successful fishing glorified the locals. A curious event occurred on Saturday 17 September. And, as expected, as soon as the fishermen pulled the huge marine life out of the water, everyone ran to look at this miracle and take pictures with it.

Residents and guests of the town of Ακτή Μπουρος Άγαλμα (Karystos) could not believe their eyes when two 15-kilogram monsters appeared before their eyes.

Everyone was speechless when two carcasses of marine life were pulled from the boat by fishermen – five men and one woman, as seen in the photo. Anglers told evima.gr how they managed to bring their massive catch to shore.

“We caught two squids of 15 kg each with our hands! They floated on the surface, very close to the beach. Several people dived and pushed them out, and those who remained on the boat simply dragged them on board with their hands,” the stunned fishermen shared their undisguised joy.