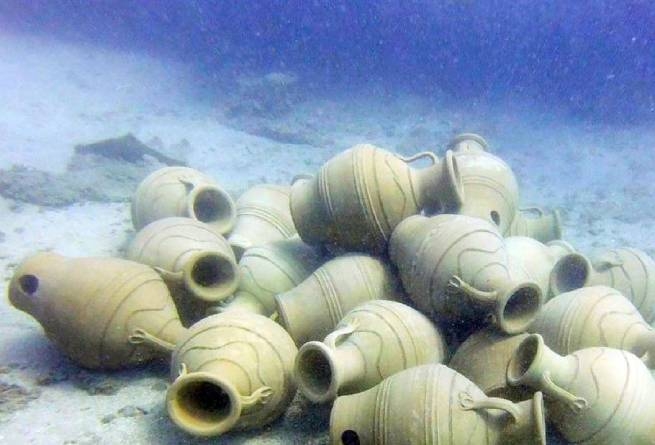 Near the coast of Cyprus, 60 clay amphoras were sunk as part of an original environmental project.

The unusual action has two important goals: maintaining life in the depths of the sea and increasing interest in diving in the Larnaca region on the island of Cyprus. It was implemented by the Tourism Board.

At the bottom of the sea, in the area of ​​a natural reef, about 1 km from the coast of Voroklini, several dozens of special clay amphoras were lowered. They ended up at a depth of 13 meters, located near the sunken ship LEF1 in the marine protected area of ​​​​Larnaca. Activist Kostas Papapavlov became a direct participant in the original event.

The bottom in the Larnaca area is predominantly sandy, so the reef in question was chosen by quite rare species of marine life: sea bass, swallow, wrasse, mullet, sea bream, sardines, lionfish, seahorses and visiting turtles. The creation of artificial reefs is becoming increasingly important. And a unique event held off the coast of Cyprus will surely attract divers from all over the world.

During the action, 60 amphorae were flooded, which were donated by the Christakis company. However, the number of clay vessels at the bottom of the Mediterranean Sea will increase. Amphoras do not contain toxic materials, they are made of clay and are not painted.

Dinos Lefkaritis, Chairman of the Tourism Board, noted the simplicity and low cost of the event, which brings great benefits to the environment:

“We are pleased that the reef we created three years ago is thriving and we will try to enrich it every year with sustainable methods, but cooperation of the competent authorities in the fight against illegal fishing in marine protected areas is also important for this.”

The importance of the project was also noted by Neophytos Fakontis, chairman of the Voroklini Community Council, who stated that the tourist offer of Voroklini is expanding with diving products and other infrastructure projects related to the construction of new hotels.

Giorgos Pagiatas, a spokesman for the Department of Fisheries and Marine Research, said the department is doing its best to effectively manage artificial reefs in Voroklini, with several information signs posted in the area. In addition, it is expected that the demarcation of the territory will be completed during 2023, which will help in its effective protection, writes GreekReporter.