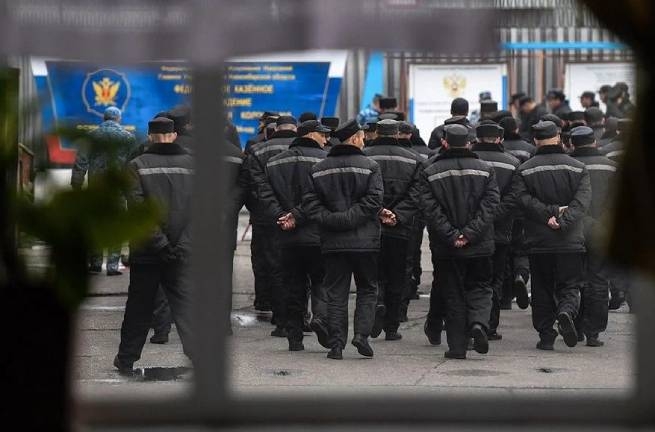 A video has appeared on the network in which prisoners of Russian colonies are recruited to be sent to the front in Ukraine.

As writes air force, recruiter – owner of a private military company Wagner Group Yevgeny Prigozhin. In the video, he agitates the prisoners to go to the front. He talks in detail about the consumption of ammunition, the tasks of the military, and burial in case of death. Those who meet the established requirements are recruited for six months. The representative of the Cheka says, while promising freedom and pardon, or burial in case of death:

“The war is difficult. It doesn’t look like any Chechen war and so on. Everyone is buried in the alleys of heroes in those cities where it exists. Whoever doesn’t know where to bury them, we bury them next to the Wagner PMC chapel in Goryachiy Klyuch.”

This video writes BB.LV, approximately coincides with other reports on the content of similar speeches by Prigozhin in the Russian colonies. The image is not very high quality, but Prigozhin was recognized by the BBC interlocutor, who worked with him for a long time. He says:

“It’s his voice. His intonation. His words and way of speaking… I’m 95% sure it’s him and it’s not a montage.”