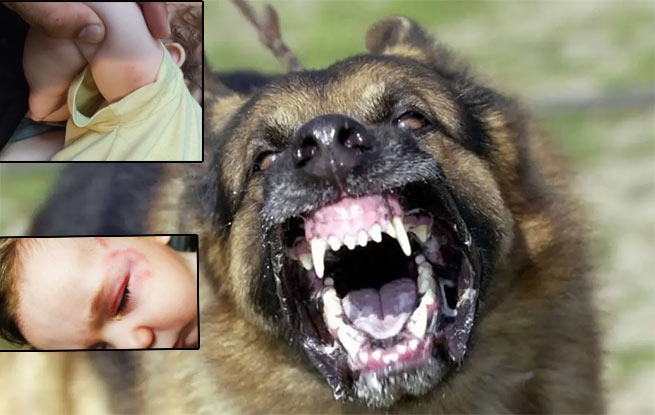 The father of an eight-month-old baby who was attacked by a German shepherd four days ago in the area of ​​u200bu200bthe village of Ammoudara in Crete is shocked. It is noted that yesterday the child was transferred back to the hospital to undergo a forensic medical examination.

The 26-year-old father describes the moment the child was attacked and the treatment he will have to undergo to recover. And although the bite marks over the eyelid of the child are large, doctors cannot sew them up because of his small age.

According to the father, special ointments and antibiotics will be used to treat wounds, but it is not known when the child’s mental “wounds” will heal.

Worst of all, the owner of the dog, instead of “sitting quietly and not shining,” decided to defend herself with an attack, suing the boy’s father. “Instead of apologizing, she sued me.”

The man also filed a complaint against the owner of the dog for injuries sustained by his child. The father of the injured baby also reports that “the whole house looked at what was happening and saw how the child, who was in the hands of the father, was bleeding, and the mistress was blocking my way with the words” this is not what you think “and” let me explain”.

He goes on to say that he “never hit her. I pushed her away in a panic, wanting to get the baby to the hospital as soon as possible. Instead of saying ‘sorry’, does she want to come out injured?” the father asks.