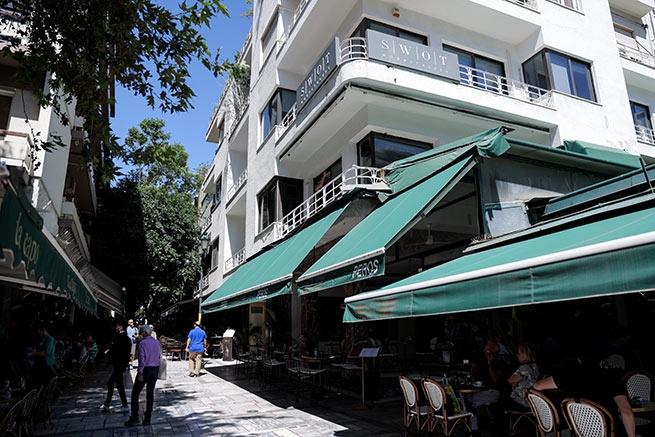 The 34-year-old offspring of a well-known Greek family, successful in the field of clothing production, today (09/06/2022) fell out of the 3rd floor of an apartment building in Kolonaki, where he lives, at night. It is noteworthy that he had 50,000 euros in his hands.

The young man was very lucky, because under his window there was an awning of a store located in the house, on which he landed safely, and then, already from a small height, fell onto the asphalt. It is reported that the jumper is in Evangelismos hospital with minor bruises.

It is noteworthy that, according to Greek media reports, he had in his hands an amount of 50,000 euros, which, when falling, scattered across the asphalt. According to the information, the jumper is known in the secular circles of Athens and has repeatedly given interviews in magazines and newspapers.

Although he worked in the family business for several years, he quickly “got rid” of it, creating his own, while becoming actively involved in music. The clothing store in Kolonaki, owned by his family, is one of the oldest and most famous.

The police did not specify whether it was a suicide or someone threw the businessman out of the window. However, the police are currently investigating the man’s apartment. The police are waiting for a “green light” from doctors, which is expected in the coming hours, to conduct an inquiry into the jumper.