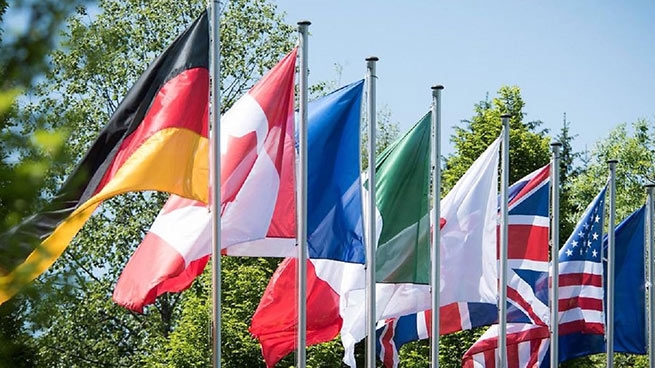 The Financial Times writes that the finance ministers of the G7 countries (USA, Canada, Britain, Germany, France, Italy, Japan) will today approve the introduction of a price ceiling for Russian oil.

It is worth remembering that in the near future EU should enter an embargo on the import of oil and oil products from the Russian Federation. Whether it will be replaced by the possibility of supplying oil at a limited price is still unclear. However, Russia has stated that it will not supply oil to countries that impose a ceiling on its cost.

The G7 statement also speaks of the intention to ban services for the transportation of Russian oil by sea if it is sold above a certain ceiling. “We will limit Putin’s ability to finance his war with oil exports by banning services such as insurance and providing finance to ships carrying Russian oil at a price above the agreed limit,” UK Treasury Secretary Nadhim Zahavi said. At the same time, the very size of this “ceiling” (that is, the maximum price of Russian oil) is still being discussed.

Price caps could solve that dilemma and avoid further restricting oil supplies and fueling inflation, officials say, but it needs support from big importers like India and China for it to work. shares opinion Reuters.

How will Greece react to this, whose tanker fleet is the largest in the world and is actively involved in transportation of Russian oil, not yet known. But it is already known that large Greek shipowners, and these are very influential people in Greece, expressed their dissatisfaction Prime Minister Kyriakos Mitsotakis, pointing out that his actions caused them hundreds of millions of losses. And it is hard to say what the joining of Greece to these sanctions will result in for Mitsotakis.