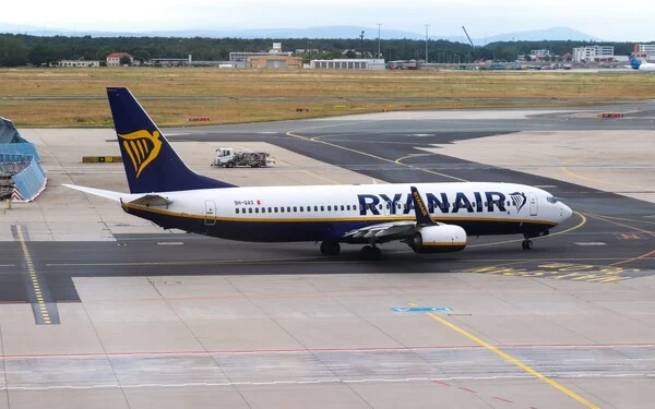 Ryanair announced the closure of its base at Athens Airport from October 29 until the end of March, that is, for the entire winter season.

According to the information provided by the Greek edition of Naftemboriki, this will cost the Eleftherios Venizelos airport a loss of investment of $200 million. The four bases that the airline had in Athens before the pandemic were reduced to two last year, and will now close altogether this winter.

The reason why Ryanair is making this decision is that both the Athens airport and the regional airports operated by the German Fraport, do not offer companies any incentive to increase passenger traffic during the winter season or to attract tourism outside the peak season. According to the company’s managing director, Eddie Wilson, the Greek government “has not offered long-term incentives for airlines to invest in Athens airport during off-peak periods or to develop tourism to the standards of Spain, Italy, Portugal and Cyprus.”

At the same time, the decision to transfer most of the regional Greek airports to the German company Fraport “had a devastating effect on the labor market and the creation of new jobs.” The company in question “acts as a brake on the Greek economy by limiting the flow of tourists and the number of routes, as it does not intend to reduce prices to increase traffic.”

Mr. Wilson noted that the company has submitted several development plan proposals to the Greek government since November 2021, under which Ryanair could double passenger traffic from 5 million to 10 million in the next five years, attract 2.5 million additional passengers outside the peak season, thereby extending the tourist season throughout the year, increasing tourism revenues, creating 4,000 new jobs and contributing to the development of the region.

In addition, he emphasized that while Ryanair is expanding its operations to other countries this winter, such as Portugal, Spain, Italy and Cyprus, it has cut its capacity by 40% in Greece. Taxes are lower at other airports, such as Portugal, Croatia and Ireland, he said. Speaking of travel agents, he said that they account for less than 5% of Greek air traffic during the winter season, and therefore reducing the capacity of a company like Ryanair is detrimental to the Greek economy.

It is noted that the share of Ryanair in the Greek market is 7% compared to 38% for Aegean and 15% for Sky Express.