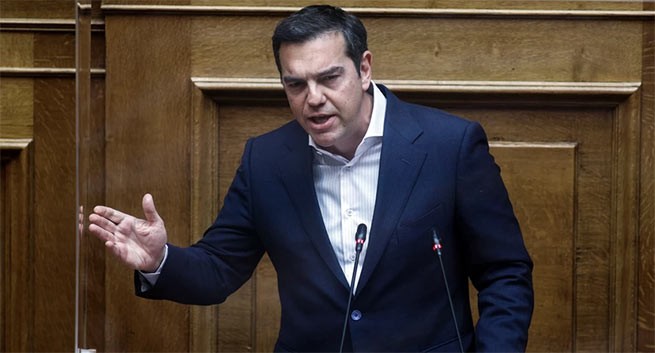 speaking during a parliamentary debate over the wiretapping scandal, the Prime Minister added, however, that the activities EYP essential to the security of the country. “Nothing should call into question this valuable branch of the state,” Mitsotakis stressed.

Parliament returned early from the summer break for a debate convened by the main opposition party, SYRIZA, after it became known that Nikos Androulakisthe head of Greece’s third largest political party, was under surveillance for three months last year when he ran for his party, and that a financial journalist was also under surveillance.

Mitsotakis, who is up for re-election next year, insists he was unaware of what he called Androulakis’ legal wiretapping, but that he would not have approved of it. if I knew. The Greek National Intelligence Service reports directly to the Prime Minister’s Office.

“When I was informed about this, I did not hesitate to say that it was wrong,” said Mitsotakis during his opening parliamentary speech on Thursday. He did not disclose the reasons why Androulakis is under surveillance, citing national security concerns, but insisted that the wiretapping was legal and urged Androulakis to take the matter to a Greek or European court if he disagrees.

Accusations from the opposition

Leader SYRIZA Alexis Tsipras criticized Mitsotakis’ approach to the issue, accusing him of criminal behavior of tapping an opposition politician’s phone without giving reasons, and calling for his resignation.

“You are legally, politically, but above all morally obliged… to state why you followed the then European MP, and now the head of the third largest party in Greece,” Tsipras said. “Give answer. You are required to answer. What was this national cause? Is he an agent of foreign interests? … Is it dangerous for national security?”.

Unable to speak at the political party leaders’ debates in Parliament due to his status as an MEP, Androulakis was represented by the MEP for PASOK Michalis Katrinis, head of the party’s parliamentary group.

“The government has been heavily exposed by the wiretapping scandal. You did everything possible to downplay the fact of surveillance, ”said Katrinisaddressing the Prime Minister and stating that surveillance of Androulakis and journalist Koukakis is not “the only one”.

“We ask ourselves: what does all this have to do with democracy? The actions of the government and ΕΥΠ represent an institutional aberration,” said the PASOK MP, accusing the Prime Minister of not being interested in finding out which other politicians and public figures are being monitored.

Speaking about the “merits”, Katrinis asked about the reasons why Androulakis was under surveillance. “Will you tell us if you consider him a threat to national security? Since you are not doing this, you are resorting to arguments in order for the PASOK leader to come here and be informed.” Katrinis then said: “We are submitting a request for a complete file with all the elements that caused the surveillance of Andrulakis.”

General Secretary of the Communist KKE Dimitris Koutsoumpas reiterated the party’s request that the investigative committee consider all specific complaints of surveillance, including by CEE. Koutsoumpas said that “the headquarters of the Central Committee of the KKE has been under surveillance since 2016 until today.” He stressed that “for six years and under two governments, there has been no response to the repeated complaints of the KKE.” He noted “the long delay in the investigation, the attempt to postpone the case, as well as the many reasonable questions that have arisen for investigations and reviews by the anti-corruption commission at a time when the case is still being investigated and important new information is emerging.” Members of the KKE have been under surveillance since the invention of the telegraph,” Koutsoumpas quipped.

Leader MeRA25 Janis Varoufakis said that “his own phone was tapped by the BND (German intelligence) in 2015, but ΕΥΠ did nothing.” He stated that he would support PASOK’s proposal to set up a commission of inquiry, which would be discussed next Monday in plenary session, provided that the inquiry was extended to the previous monitoring. Varoufakis accused Kyriakos Mitsotakis of failing to answer serious and critical questions raised by revelations of illegal surveillance of politicians and journalists.

Leader of the Nationalist PartyElliniki Lisi “(” Greek Solution “) Kyriakos Velopoulos accused all three parties – ND, PASOK and SYRIZA – of “turning ΕΥΠ into a tool to spy on their political opponents. Referring to recent statements by the newly appointed head of EYP during a committee hearing to approve his appointment as prime minister, Velopoulos said: “The fact that the head of ΕΥΠ said that everyone is under surveillance means that democracy has come to an end.” 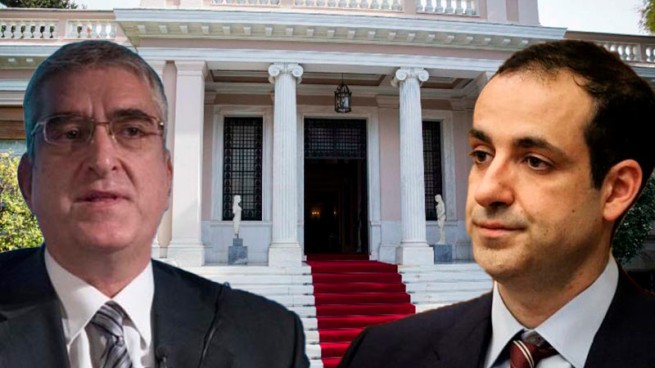 The scandal has already led to the resignation of the head of ΕΥΠ Panagiotis Kontoleona and Secretary General of the Office of the Prime Minister Grigoris Dimitriadis.

Androulakis’ three-month wiretapping of September 2021 phone was discovered after Androulakis, as a member of the European Parliament, was informed by his cybersecurity service that Predator spyware was trying to eavesdrop on him. In April, a Greek financial journalist Thanassis Koukakis reported that digital rights group Citizen Lab notified him that his phone was targeted by Predator software from July to September 2021. The government insists it did not use the Predator, but admitted that Androulakis’ phone was under separate surveillance by intelligence agencies.

Androulakis filed a complaint with the prosecutor’s office in the Supreme Court of Greece on July 26 about Predator spyware and demanded to know the reasons for surveillance by the special services, notes Associated Press.

PS The debate has been going on since 18:00 on Friday, and so far the prime minister has not given answers to key questions. He only called on Tsipras to submit a vote of confidence…

Interestingly, former ND prime ministers Kostas Karamanlis and Antonis Samaras were not present at the debate. Foreign Minister Nikos Dendias, ND leader candidate, was abroad on a scheduled visit. Inside the New Democracy, rumors are circulating that a leadership struggle has flared up within the party amid the possible resignation of Kyriakos Mitsotakis. The main contenders are just the above politicians.