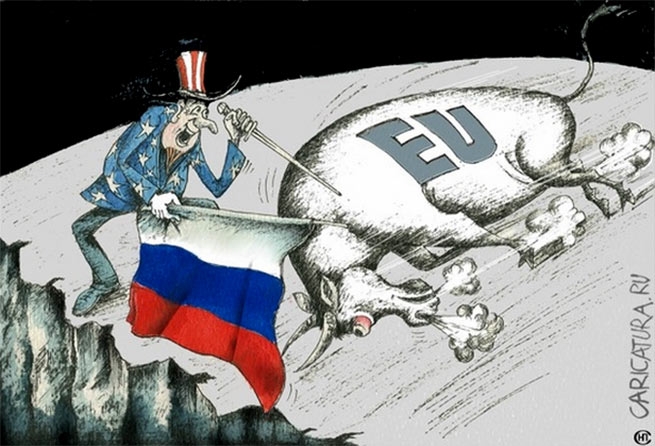 It is surprising, but Europe is now in the same position in which its colonies were many years ago.

Then the white colonialists brought glass beads and other worthless junk to the natives, and from there they took out wealth, due to which many Western countries prospered until recently.

But now Europe is happily grabbing those same glass beads. From the hands of the Americans. And in return, he gives the United States its sovereignty, its industry and, ultimately, its standard of living, which Europe has been so proud of for quite a long time.

The most interesting thing is that this happens against the will of ordinary Europeans. Actually, like many years ago, when the leaders of the tribes, the wives of the leaders, got the glass beads, and the whole tribe paid for them with wealth. And sometimes not even wealth, but lives. And now they get only the European leaders. And for the people of Europe – the energy and economic crisis, uncertainty about the future, the growth of depression and hatred. And all this for the sake of glass beads for their leaders.

I don’t know if today’s glass beads have any material expression. It is quite possible that the European elites are simply bought in the bud by the American intelligence services, or that there is a special folder for each leader with a very powerful compromising evidence. But the fact that all these are just glass beads is obvious. As well as the fact that Europe is gradually turning into a US colony. Not a privileged overseas territory, as it was quite recently, but in the most ordinary colony. Which will be robbed to the last. As at one time the Europeans themselves robbed the Congo, India, Indonesia and many other countries.

The main element in the transformation of Europe into a colony is the deprivation of its industry. It’s funny, but quite recently Europe itself did a similar trick with the Baltic countries, and now they are the real agents of US influence in the European Union, promoting the most insane and suicidal initiatives for Europe. It turns out very ironic – Europe once again whipped itself, like that non-commissioned officer’s widow.

Production in Europe will perish. Inevitably. Because of exorbitant energy prices, because of falling demand, because Russia bought a significant part of the production. Potentially, these are millions of unemployed in the most once industrialized countries of the world. A repetition of the European Great Depression or the heyday of the Weimar Republic – here any comparison is appropriate.

And the worst thing is that the opportunity to roll back is rapidly melting. Every day of delay brings dark times closer and increases costs. The countdown to the final transformation of Europe into a poor sick old woman is months, if not weeks.

And its leaders joyfully run around with shiny glass beads. Just like once the leaders of the tribes, who were robbed by European sailors.