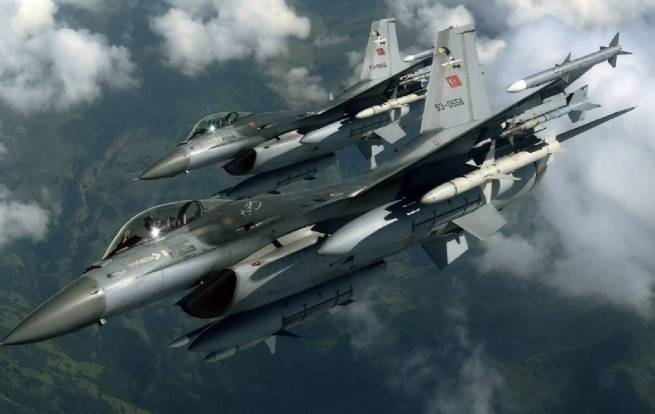 With reference to the Turkish Ministry of Defense, CNN Türk reported on the launch by Greece of S-300 anti-missile systems against Turkish aircraft.

According to news channelthis happened on one of the August days, when Turkish planes hit the radars of the Greek S-300 air defense system:

“Turkish aircraft on duty were attacked by Greece from the Russian S-300 air defense system deployed on the island of Crete. The S-300 target tracking and missile guidance radar detected a surface-to-air missile on an F-16, which was carrying out a reconnaissance mission in 10,000 feet west of Rhodes.”

CNN Türk sources in the Ministry of Defense believe that Greece, as a NATO ally, is contrary to the principles of the alliance by using the Russian S-300 system.

The reaction of Greece to these accusations is reported by the publication. NewsIT. Sources in the Ministry of Defense:

“We do not deal with leaks to the Turkish press, no matter where they come from. Today’s leak from the Turkish Ministry of Defense is likely to be presented as an argument that Greece has the same technology as the S-300, which it uses against NATO allies.

It is worth noting that on August 23, two pairs of Turkish F-16s entered the Athens FIR without providing a flight plan and violated national airspace. The first of them then flew over Divuniya, northwest of Kasos Karpathos, at an altitude of 27,000 feet. At 10:57, three minutes later, a second pair of Turkish F-16s flew over Kamilonisi, northwest of Kasos Karpathos, also at 27,000 feet.

These overflights and the air battles that took place at that moment distracted from the main plan of the Turkish armed forces. The mission of the Turkish fighters was to map the S-300 base in Crete, and to do this they attempted to use a pair of F-16s flying east of Karpathos with their final destination in Crete to search for S-300 positions. However, a pair of Turkish fighters did not complete their task, as they were intercepted by Greek fighters.