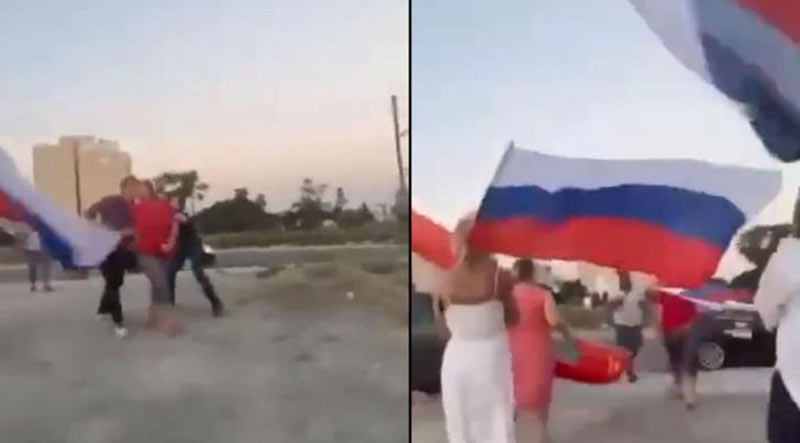 A woman from Ukraine was detained yesterday by Cypriot police in Larnaca for threatening with a knife people who were celebrating Russian Flag Day.

The event was held outdoors and was accompanied by a demonstration of national symbols.

Kiev expat in Cyprus tries to stab those that showed up on flag day celebration day and showed support to Russia. pic.twitter.com/SQB5zXu0AZ

The Ukrainian woman, who showed signs of intoxication, did not like it, and she began to threaten the Russians, brandishing a knife and showing aggression.

As a result, the 55-year-old troublemaker was detained by law enforcement officers who came to the rescue. According to preliminary information, she may face charges, including hooliganism, assault and disorderly conduct.

The incident took place around 9:30 Moscow time on Monday evening in front of the Faneromeni church, according to a local publication. Phileleftheros.

“A group of people gathered to celebrate Russian Flag Day. The woman, who was showing symptoms of intoxication, approached the place and, according to police sources, poked them with a knife, shouting something in her own language, ”the publication says.

Russians in Cyprus regularly hold actions in support of their country in Ukraine, which leads to friction with the Ukrainians living on the island.