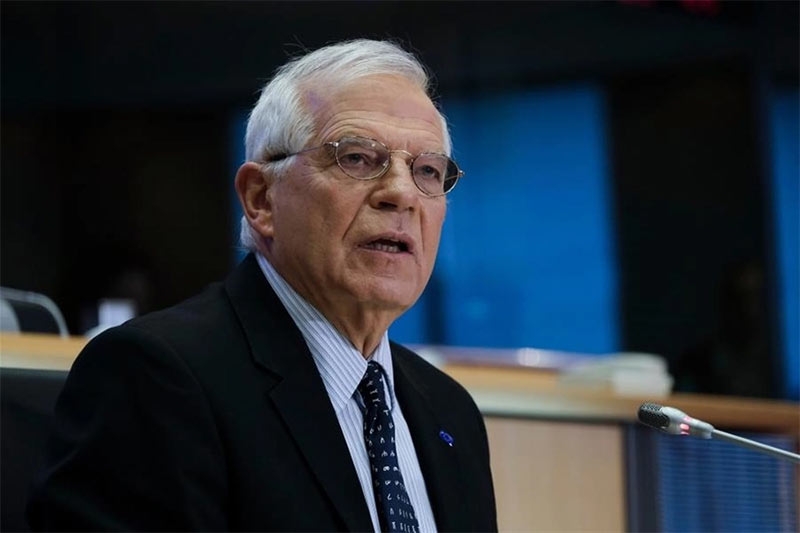 Vladimir Putin counts on the “unwillingness” of Europeans to suffer from the consequences of the war unleashed by Moscow in Ukraine, and the unity of the member countries EU must be “supported daily,” emphasizes the head of European diplomacy, Josep Borel, in an interview with AFP.

“We must not forget that the European Union is a union of states that have different approaches to Russia,” recalls the Spanish diplomat, who expects difficult discussions at the meeting of defense and foreign ministers on August 30 and 31 in Prague.

“Member states are responsible for their foreign policy. We have to make sure that our interests coincide. We are always looking for a compromise. In Twenty-Seven with the rule of unanimity, this is sometimes not possible,” he admits, noting the lack of consensus on the abolition of this regulations.

“And the more of us there are, the more difficult it is. This is a problem that arises with expansion” in Ukraine and the countries of the Western Balkans, another topic of the Prague meeting.

The adoption of the sixth package of sanctions, which imposes a gradual embargo on most Russian oil, with the exception of oil pipelines, required difficult negotiations with Hungary and its Prime Minister Viktor Orban, who “loudly” wants to lift sanctions against Moscow, he recalled.

In Prague, Josep Borel will discuss the creation of a mission to support the training of the Ukrainian armed forces in Europe, as the British and Americans are already doing.

“We must support Ukraine not only with the supply of weapons. In the face of those who refuse to stop the war, we must be able to resist,” he said during a telephone interview.

Since the start of the Russian offensive six months ago, the EU has allocated 2.5 billion euros to finance the supply of weapons and equipment to Ukraine. “Vladimir Putin remains intransigent. We must continue to pressure us with sanctions and rebuild Ukrainian forces,” Borel said.

“The war is taking a new turn. The Ukrainians have gone on the offensive. The attacks in Crimea have a significant military and psychological dimension. The Russians look technologically outdated, but they retain the ability to strike,” Borel analyzes. The head of European diplomacy is concerned that Putin is avoiding solving this problem. “We are very concerned about the situation at nuclear power plants. Putin is playing with fire,” he emphasizes.

The issue dividing twenty-seven countries over the ban on tourist visas for Russians, supported by Finland and the Baltic states, will also be on the agenda of the meeting in the Czech Republic, which is the rotating EU presidency. Borel plays a key role in the proposals for sanctions. The head of European diplomacy said on Monday that banning “all Russians from entering Europe for any reason is not a good idea.”

As Europe prepares for winter without Russian gas, Josep Borel insists that the “Old World” needs to “bear and share the costs within the EU.” In particular, he advocates a reform of energy prices, which are now indexed to the price of gas, which has risen sharply in recent months and has also driven up electricity prices.

“The best gift that Putin has given is the billing of electricity at the price of gas,” he laments.