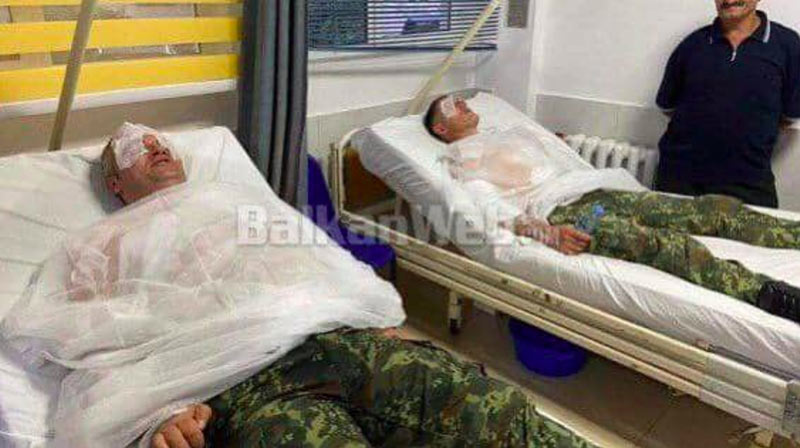 Two Russians and a Ukrainian were detained while trying to enter a military plant in Albania. Those arrested were charged with espionage and assault on guards.

The country’s Defense Ministry said late on Saturday that two security guards were slightly injured while detaining a 24-year-old Russian who entered the Gramsch military factory and tried to take pictures.

According to the agency, around 5:40 p.m. on Saturday, security at the military plant noticed suspicious movements around the facility. The head of security was informed that a man entered the territory and tried to take photographs.

Two injured soldiers were taken to the capital’s hospital. Local newspaper Express published their photos from the hospital with gauze over their eyes. In the photos published soon on the Facebook of the Ministry of Defense of Albania, they sat on the bunk with no signs of injury on the face.

After the unidentified man was stopped by security, he used a spray can against them in an attempt to escape. The police identified the detainee as a 24-year-old citizen of the Russian Federation.

In addition, outside the perimeter of the factory territory, the military noticed two more people who accompanied the intruder. They were also detained near the plant. According to the Ministry of Defense, this is a citizen of the Russian Federation, 33 years old, and a citizen of Ukraine, 25 years old.

The Albanian Defense Ministry said that two officers guarding the facility were wounded while trying to illegally enter the plant. “The officers reacted immediately, but when trying to stop three foreign citizens, our servicemen were injured,” the ministry said, adding that the condition of the soldiers is stable.

It is noted that many Russian and Ukrainian tourists visit Albania during the summer holidays, but the Grams military base is located more than 70 kilometers from the beaches.

During the period of socialism, since 1962, the Gramsch plant produced AK 47 assault rifles – Kalashnikov assault rifles. Now he produces materials for the defense industry. In the past, it was also used to dismantle weapons and ammunition.

Albania, a member of NATO since 2009, was among the first to join the US and other Western countries in condemning the Russian invasion of Ukraine and imposing sanctions on Moscow. 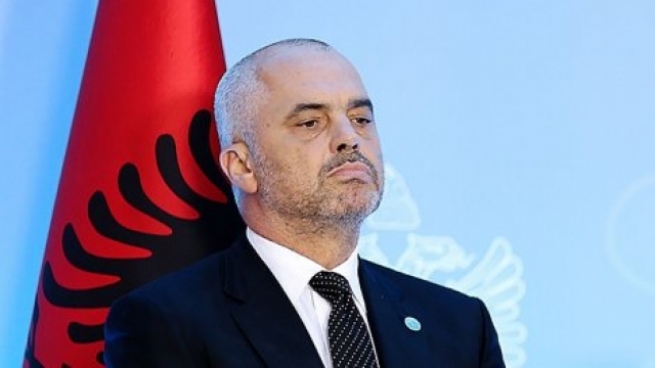 Defense Minister Nico Pelesi said Sunday it was too early to talk about motives, but cited geopolitics, clearly pointing to a possible link to Russia’s invasion of Ukraine, which has been criticized by the Albanian government. “Given the broader regional and geopolitical context, (Saturday’s incident) cannot be discounted as normal. But we cannot rush to conclusions,” he said after visiting wounded soldiers in the hospital. Albanian Prime Minister Edi Rama said on Saturday that the three men are “suspected of espionage,” without elaborating.

After the incident in Gramsci, the Albanian media reported the arrest of four Czech citizens for photographing another military plant – in Polichan. Officially, the circumstances of this incident are not explained. The detainees themselves say that they are ordinary tourists. In the bag of one of them, according to Exit News, they found some kind of “spy device”. The publication notes that in the summer months, Russians do not need a visa to Albania.

The Albanian authorities reported that they notified the Russian embassy about the incident and demanded to provide them with data on the detained Russians. In turn, the Russian diplomatic mission claims that they did not receive this information. “The local authorities did not bring such information to the embassy and the consul. We see information about the alleged incident only in the Albanian media,” said RIA Novosti at the embassy. 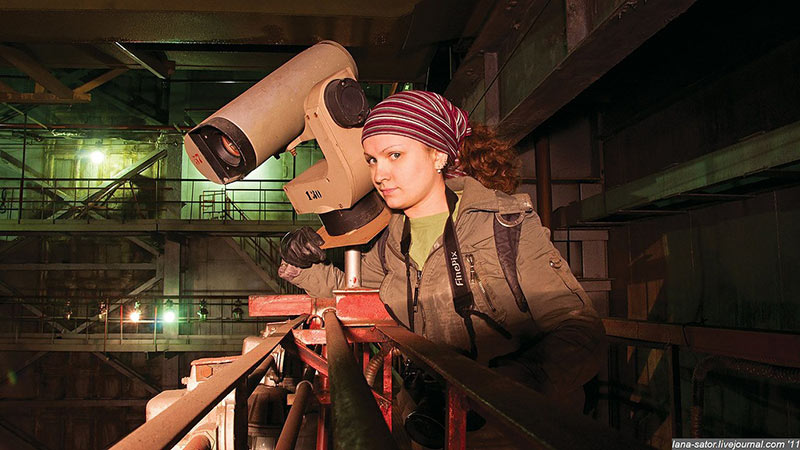 Svetlana Timofeeva, known under the pseudonym Lana Sator, works photographer, removes abandoned buildings and closed areas. “In 2011, she penetrated the “top-secret” base of NPO Energomash in Khimki. Together with other violators, the photographer made her way to the territory of the facility without meeting a single guard. They visited several workshops, including a test one,” the publication said, adding that “the publication of secret photographs aroused indignation” among the FSB and Dmitry Rogozin, who was then Deputy Prime Minister.

Since 2007 she blogged “Abandoned buildings, bomb shelters, military installations, dead equipment”, and later transferred publications from LiveJournal to instagram, where more than 250 thousand people subscribed to it. She describes her passion with the English term urbex.

One of the detained Russians in Albania is Svetlana Timofeeva. She has an interesting travel history: border crossings show she traveled many times in the company of “photographers” – at least one of whom was arrested this January in Egypt, and had to be saved by @mfa_russia. https://t.co/CkbKqam6xm

” target=”_blank” rel=”noopener noreferrer”>dedicated to the detention of diggers and separately to Lana Sator a short twitter thread, where he wrote that it would become known very soon that it was an accidental detention of “well-sponsored amateur photographers” or “good cover for an intelligence operation.” “By the way, one of the 160 FSB curators who led the Ukraine project was a woman blogger-photographer,” Grozev wrote.

In addition, he stressed that Svetlana Timofeeva has an “interesting travel story” – she repeatedly traveled in the company of photographers. At least one of them was arrested in Egypt in January of this year, and the Russian Foreign Ministry “had to save him.”

Edition Media zone referring to Anastasia K., who has known Lana Sator for about 15 years, writes that she

1/ I know LanaSator Personally. She is an well-knower urban explorer, you can see her Instagram here https://t.co/j9lEmouS14 and there are photos from that (abandoned?) Albanian factory in her stories.

” target=”_blank” rel=”noopener noreferrer”>Grozev wrote a response to several tweets, where she tried to explain that Lana Sator has long been engaged in digging and is not the first time in abandoned factories. About the photographer detained in Egypt, Anastasia wrote: “This her ex-boyfriend is also a photographer. She broke up with him in February because they had different opinions about the war in Ukraine. Lana Sator was against the war from the very beginning, and her boyfriend fully supported the war.”

“I got involved because I was upset that Grozev wrote her down as a spy,” Anastasia explained in a conversation with Mediazona. She has known Lana since 2006: “We met on a joint trip to underground rivers like the Neglinka. I don’t remember the details, but she was already quite a bright personality then, so I remember her, rather, as a significant, well-known character in the digging party, ”says Anastasia.

Mikhail Zorin Anastasia does not know personally, but says that she has heard about him: he is studying in the Czech Republic, he himself wrote about this in his telegram channel. The fact that Mikhail tried to fight off the guards is considered strange in the Digger party. “In general, the tusovka characterizes such behavior as inadequate. You can’t do this, just for security reasons: any escalation will obviously lead to a more severe punishment, it’s better to “surrender”, offer money – this often works if ordinary guards blurt out and the like. I don’t remember specific stories about how Lana came across, but I know that she was good at negotiating with security so that she would be allowed into the facilities, ”says Anastasia. What kind of Ukrainian F.A. was with Russian diggers, she does not know.

According to Anastasia, this trip was not only public, but also absolutely ordinary for Lana Sator: “A completely ordinary Lana trip, moreover, as far as I understand, she is there [в Албании] already was once, in 2019.”