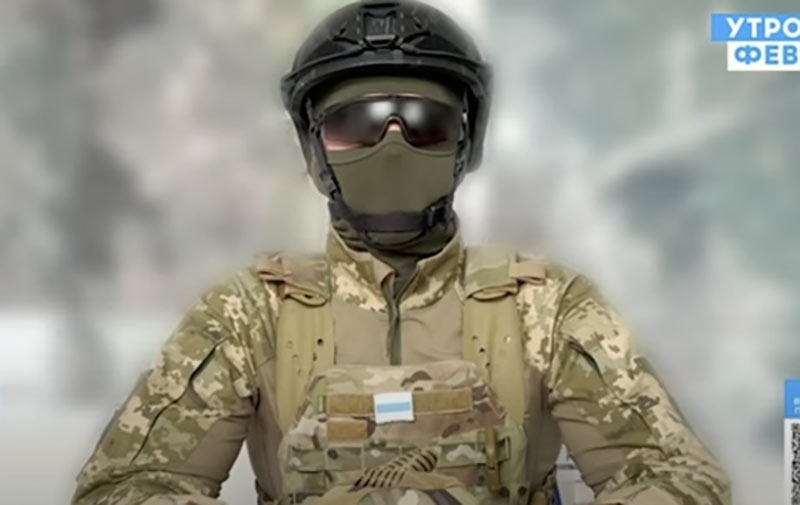 The previously unknown “National Republican Army of Russia” claimed responsibility for the murder of Alexander Dugin’s daughter. Probably, we are talking about organizing a diversionary maneuver in order to remove responsibility from the West and Ukraine for the death of Daria Dugina.

Everything points to the fact that Alexander Dugin himself was the target of the assassination, but due to a “mistake” Daria, who was driving in her father’s car, was hit, and he followed her in another car.

Of course, the Western media will create a similar narrative about the internal “settlement of accounts” in Russia and conduct a “weighted analysis” that will end with the conclusion that … Putin is to blame for everything, because he woke up wrong in the morning.

Of course, it goes without saying that such “organizations” are useful for achieving geopolitical and political goals. In their manifesto, the terrorists state the following:

“We are Russian activists, military and political, now also partisans and fighters of the National Republican Army, outlawing warmongers, thieves and oppressors of the peoples of Russia.

We declare President Putin a usurper of power and a war criminal who violated the constitution, unleashed a fratricidal war between the Slavic peoples and sent Russian soldiers to certain and senseless death.

[…] We will overthrow and destroy Putin! […] We declare all Russian government officials and officials of the regional administration to be accomplices of the usurper. We will kill every one of them who does not retire.

We declare as collaborators of the usurper all those who work for the security forces. We will kill anyone who does not lay down their arms and retreat from their positions. We declare that military cargoes, as well as the cargoes of all those who profit from the war or help finance it, are legitimate targets that we must destroy.

The National Republican Army calls on all citizens of Russia to join its ranks and “raise the white-blue-white flag of the new Russia instead of the tricolor flag disgraced by the Putin government”.

Undermining a car with Dugin’s daughter in the Moscow region is a partisan action organized as resistance to the Kremlin regime, Russian opposition leader Ilya Ponomarev said. On the air of the February Morning program, he said that he was approached by the National Republican Army (NRA), which took responsibility for what happened. What is known about this movement?

Ilya Ponomarev also said that in recent months the NRA has carried out “many other direct guerrilla actions” in Russia in recent months, but did not specify which events he was talking about. Against the background of these words, footage of the arson of military registration and enlistment offices was shown. The oppositionist added that the Russian Volunteer Corps and the Legion “Freedom of Russia” are already fighting on the fronts for Ukraine.

The issue also featured a man in military uniform. He hid his face and, without giving his name, introduced himself as a platoon commander and said that Putin “has been robbing the people of Russia for more than 20 years, infringing on rights and freedoms, sending them to be slaughtered in the wars unleashed by him, and it is time to put an end to this.”

Later, Ponomarev said that NRA representatives were able to prove that they were the ones who carried out some of the actions in Russia. We managed to establish contact with the fighters of the movement.

– They asked us for some methodological, material assistance. We advised something there, helped, defended somewhere. There was a critical moment when several people fell under the persecution of the FSB, we evacuated them from Russia. The other day there was a very critical moment when several people were killed in the Volgograd region. There were people who also wrote to us and with whom we communicated. They were associated with the Russian Volunteer Corps.

According to the oppositionist, NRA fighters sent a message to his team on the evening of August 20 with a manifesto and the words: “Follow the news.”

– They hinted where exactly to follow, and what exactly will be discussed. We were watching, and really around 10 o’clock [вечера] got a message that it happened. Apparently, it was just a few minutes after the action took place. <…>

First, a message came that Dugin and his daughter had died. And then it became clear that Dugin himself did not die; the people who carried out this action saw that there were two people in the car. Until now, for some reason, the Russian authorities do not recognize the loss of the second person who was with Daria.

According to Ponomarev, an assassination attempt was being prepared on both Dugins, “because Alexander is the brain, and Daria is the hands.” A large amount of anger towards Daria is due to the fact that she was at Azovstal, many consider her responsible for Elenovka. And Dugin is the ideologist of fascism, he introduced the term “Novorossiya” into the Russian political lexicon.

Not surprisingly, the oppositionist did not mention representatives of the GRU of Ukraine or agents of MI6 and the CIA. They would be more believable. In the program “Our pennies” (our money), a few days ago there were issues on the topic:

It should be noted that “Our pennies” is a very specific office. Operates in conjunction with Radio Liberty (funded by the US Congress). Serves as a cistern for the State Department, well, who will pay the money.

In addition to the above, it is worth noting that Alexander Dugin has not been in direct contact with Vladimir Putin for quite a long time, but it is in Ukraine that they practically do not know this, being confident in his place under the President of the Russian Federation. The reason for this, perhaps, is the so-called. “experts” from the series of Putin’s former security guard, friend, neighbor, etc., who filled the airwaves of Ukrainian and international media.