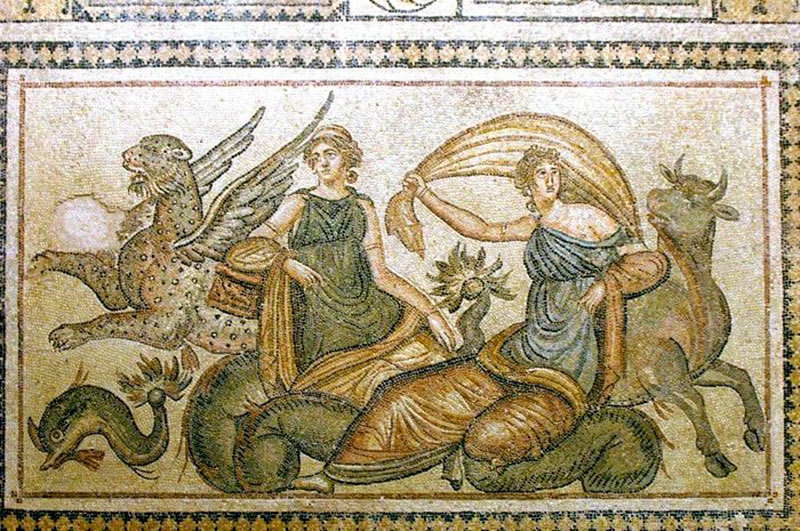 The ancient Greek Zeugma Mosaics in Turkey are real archaeological treasures that can still be admired at the Zeugma Mosaic Museum in Gaziantep.

The 30,000 square meter museum, which opened its doors in September 2011, is the largest mosaic museum in the world and contains 1,700 square meters of ancient art.

The museum is dedicated to the mosaics found at Zeugma, which was originally founded as Seleucia by Seleucus I Nicator, a general in the army of Alexander the Great, in 305 BC.

After Alexander’s death, his generals divided the empire among themselves. Although Seleucus moved his main capital to Antioch, Seleucia became an important center of trade, Hellenistic culture, and regional administration under the Seleucids. 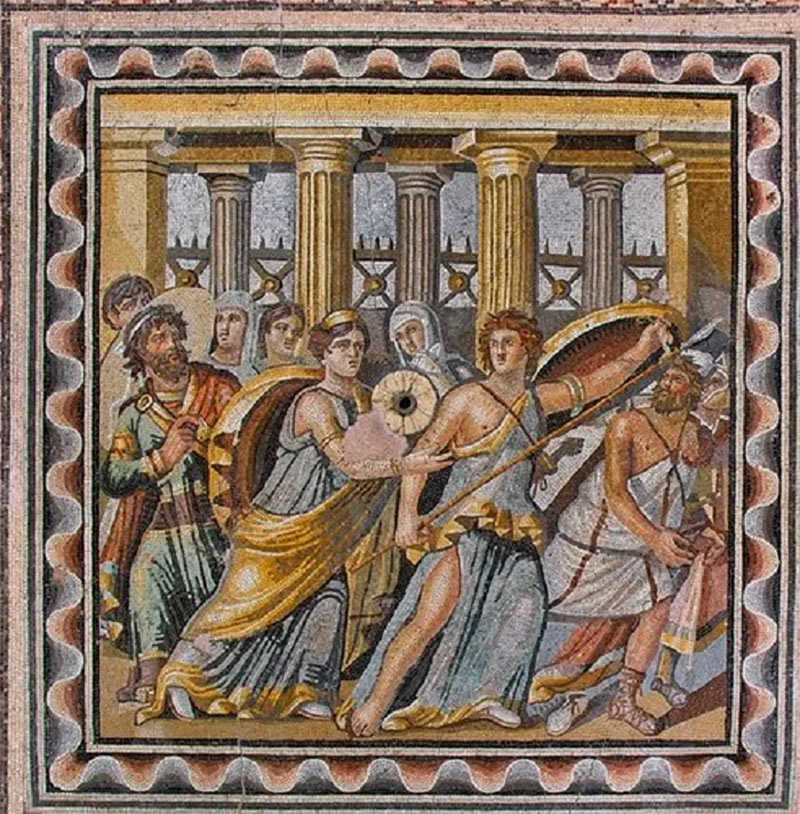 Ancient Greek mosaic of Achilles on Skyros in Zeugma.

The city was inhabited by Greeks, Syrians and Jews. It was a rich city with a population of 80,000 people, and in the II and III centuries BC. it was advanced enough to be compared with the other great center of Hellenism, Alexandria in Egypt.

Greek delight supports Greece
The troops of the Roman Empire conquered the city in 64 BC, renaming it Zeugma (which means “bridge” or “crossing” in ancient Greek). 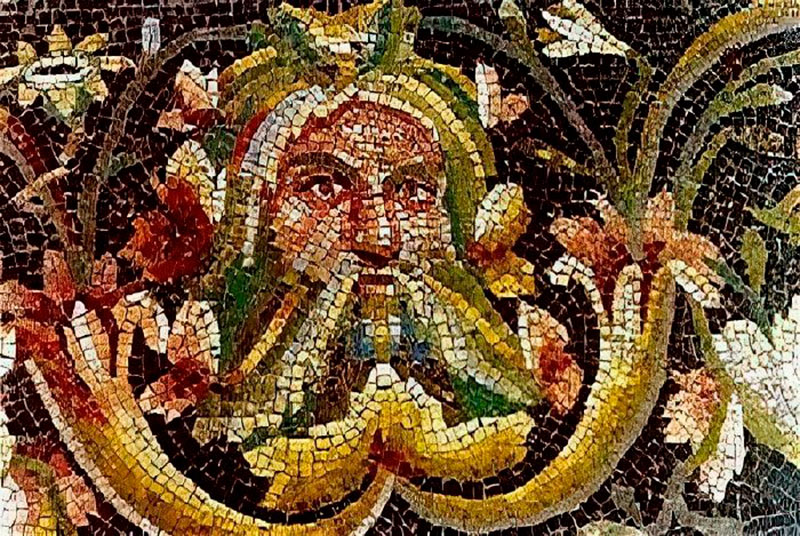 The Romans held Zeugma until 253 AD, when the Persian Sassanids captured the city, ending the most significant years of its existence.

Ancient Greek mosaics at Zeugma
Zeugma’s treasures, including her famous mosaics, remained relatively unknown until 2000. Now Zeugma is 80% under water after being flooded by the waters of a nearby artificial lake. 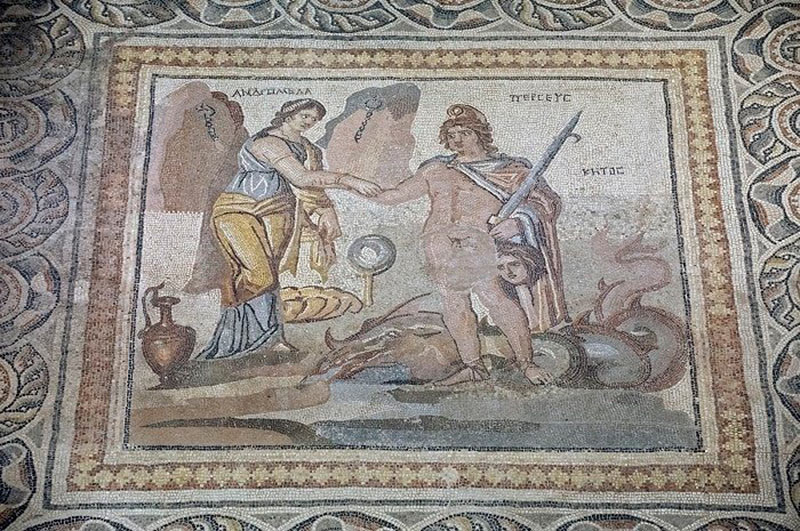 Archaeologists were alarmed by the flooding of the area and immediately began excavations to save the ancient treasures.

Most of the Greek Zeugma mosaics that have been found in excellent condition date back to the 2nd century BC, before the Romans. 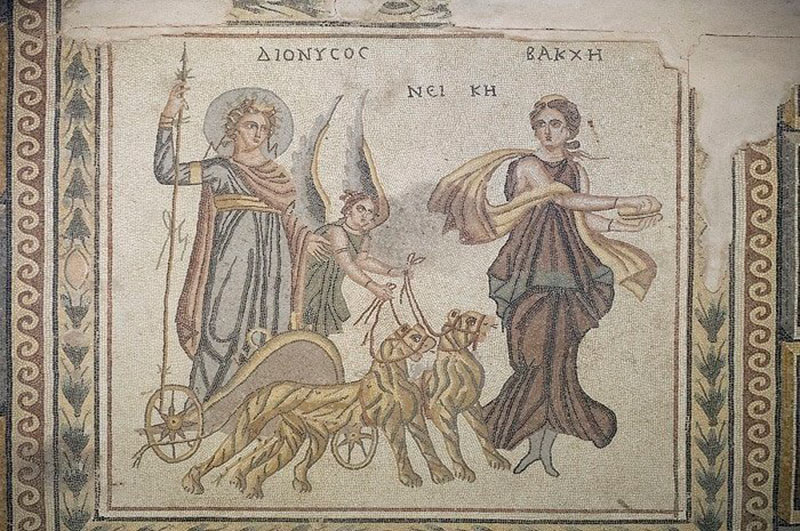 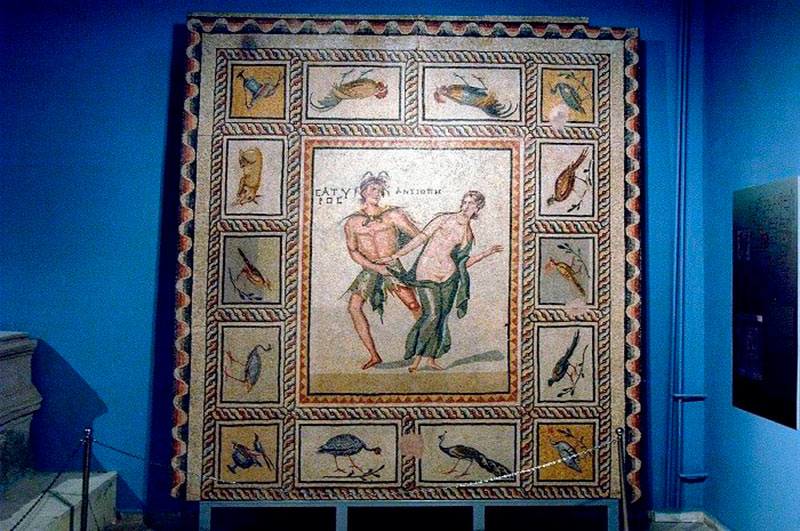 Archaeological site at Zeugma
Zeugma Archaeological Site is a UNESCO World Heritage Site located 10 kilometers (six miles) from Nizip, within Gaziantep. The surviving parts of the ancient city include a Hellenistic agora, a Roman agora, two sanctuaries, a stadium, a theatre, two baths and a military base of the Roman legion.

You can also find the remains of the administrative structures of the Roman legion, most of the residential areas, the Hellenistic and Roman city walls, the eastern, southern and western necropolises.

The archaeological site of Zeugma is of great historical importance for understanding the ancient integration of the Hellenistic and Semitic cultural spheres and the emergence of syncretic hybrid cultures in the region.