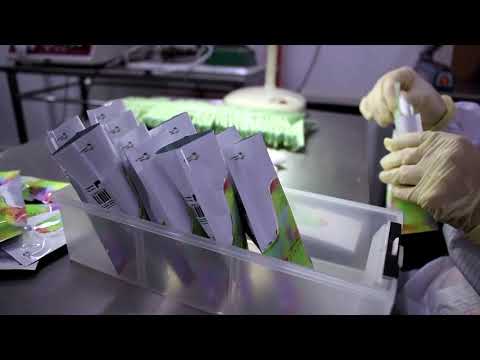 Scientists report the creation of the world’s first unisex condom – both men and women can use it – and explain how to use it.

John Tan Ying Chin, a Malaysian gynecologist, says his goal in developing the Wondaleaf Unisex condom was to allow people to better control their sexual health, regardless of sexual orientation and gender. The cost of the product is expected to be around 1.5 euros. Its essence is as follows.

An adhesive strip is attached in the area between the woman’s thighs to hold her in place. Men use the novelty traditionally, but can use adhesive tape to waterproof it and reduce the risk of “falling” during sex.

The product is made of super thin medical grade polyurethane commonly used as wound dressings and surgical gloves. Experts say that it is more durable than the usual latex, so the likelihood that it will tear is much less.

Wondaleaf accompanied the release of the new condom with instructional videos that say the glue does not cause discomfort when removed slowly.

While the intimate novelty is only available in Malaysia, the company is already working to ensure its compliance with safety standards in other countries of the world. The Wondaleaf Unisex condom can already be ordered on the company’s website. Dr. Tan says:

“Once you put it on, you often don’t even notice that it is there. Basically, it is a regular condom with a sticky sheath that attaches to the vagina or penis and covers the surrounding area for extra protection with a sticky lid. The glue is applied to only one side of the condom, which means it can be turned over and used by any gender.

Based on the number of clinical trials we have conducted, I am very optimistic that over time it will become a significant addition to the many methods of contraception used to prevent unwanted pregnancies and sexually transmitted diseases. ”

The company has not yet provided data on the effectiveness of the condom. Instructional video (18+) says that it is better for women using this contraceptive to shave the pubic area to avoid discomfort when using it.