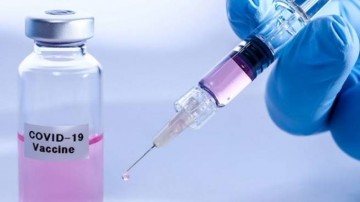 A judge in the Italian city of Belluno (Veneto region), after considering a complaint by 11 nursing home workers about the lack of wages, ruled that refusing to vaccinate them means “unfit for work,” reports AMPE.

The essence of the incident is as follows. After three nurses and eight support staff refused to vaccinate, employers sent them, for a start, on compulsory leave. Then the state doctor concluded that due to their negative attitude to the coronavirus vaccine, employees cannot continue to carry out their professional duties, as they serve people from vulnerable groups.

After considering complaints from workers at Belluno nursing homes, citing citizens’ right to free choice, the court issued a verdict: medical staff who refuse vaccinations have no right to continue working and receive their salaries. The Court of Appeal issued a similar ruling to the “deniers” – they are “unfit for work” with elderly and vulnerable patients and are not entitled to receive wages.

In addition, the judge drew attention to the absence of reasons for refusing vaccinations: “The effectiveness of these drugs is widely known, as evidenced by the sharp decline in mortality among the categories of citizens who can be vaccinated against COVID-19.”