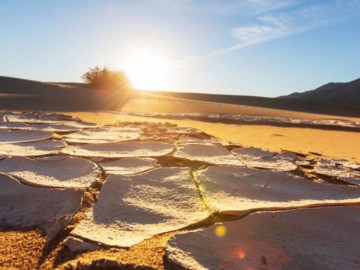 Already, 25% of the world’s population is faced with a shortage of water, which leads to geopolitical conflicts and problems in agriculture, reports FRANCE 24 today.

Just yesterday, the UN warned of the future food crisis, and practically at the same time, UNESCO reports in its report on the “impoverishment” of the world water resource. Channel France 24 reports about water scarcity problems for about a quarter of the world’s population. Its reserves are most directly affected by climate change, and at the same time everywhere.

In Taiwan, a decline in the number of seasonal typhoons last year led to a massive drought, the worst in 50 years. In the west of the island, which lives on income from agriculture, people in desperation began to drill wells en masse and use aircraft to plant clouds to increase rainfall. The threat of periodic droughts looms seriously over Los Angeles, Rome, Cape Town and other major cities.

Natural disasters are causing increased tension between countries. For example, Syria, Lebanon, Jordan and Israel are fighting for control over one of the main regional waterways – Jordan, which flows from north to south through Lake Tiberias. No less bitter struggle unfolded over the Nile and Dam of Ethiopia’s great renaissance. Sudan and Egypt seriously fear that their access to the river will be limited.

According to experts, in 9 years, in 2030, the planet will experience a shortage of about 40% of water. And the world is still unaware of the seriousness of the problem and is making too little effort to address it.