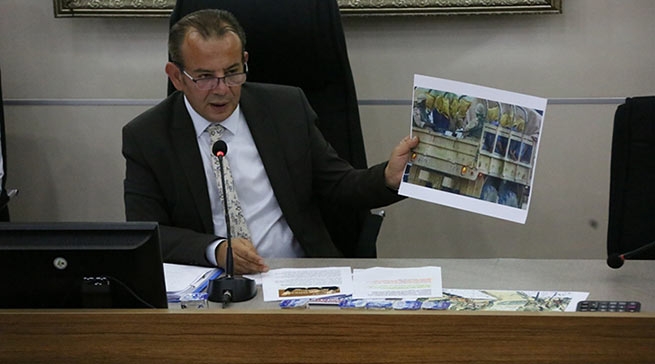 The mayor of the city of Bolu in northwestern Turkey, elected on the ticket of the Kemalist opposition CHP party, announced that he would go on a suicide mission and blow himself up among Greek soldiers. Tanju Ozkan, active member Republican People’s Party (tour. Cumhuriyet Halk Partisi), the oldest political party in the Republic of […]

Turkish women scratch the inner walls of the cradle of Orthodoxy, picking up small pieces and even dust in plastic bags. The reason was the belief that it brings good luck. They keep the stolen items as souvenirs, thus damaging the 1500-year-old monument, which is under the protection of UNESCO. Images of the “new hobby” […]

A group of 17 Turkish citizens yesterday at noon, December 1, crossed the border in the Evros River Delta to seek asylum and found themselves in difficult conditions. They went to the police. Among the border violators there are 8 men, 4 women and 5 children. evros-news.gr… Finding themselves in a difficult situation, they sent […]

Eight Turks sailed on a sailing ship to the Greek island of Crete and asked for political asylum, and a criminal case was opened against them for illegal border crossing. This morning, at about 10 o’clock, a sailboat in the sea near Crete gave an SOS signal. Due to the strong wind, the sailboat’s mast […]