KTEΛ in the Eleonas area will become a multi-purpose space with an impressive appearance and a variety of services offered. This means the cessation of the functioning of the two current intercity bus stations.

Impressive is the appearance of the new KTEΛ station in Eleonas, which, once completed, will replace the two existing intercity bus stations (Liosion and Kifissos) by merging their services. This is a project with a budget of over 100 million euros, with an estimated completion time of 2 years from the start of the construction phase. According to experts, the new modern bus station will become exemplary, which is confirmed by the first published digital photographs.

It is planned to be built on a plot of land of 66,420 m2 and located within the boundaries of the municipality of Egaleo, in particular in the Eleonas area (the area surrounded by the bypass road L. Kifissos, Iera Odos, Ag. Annis and Piraeus Ave.). 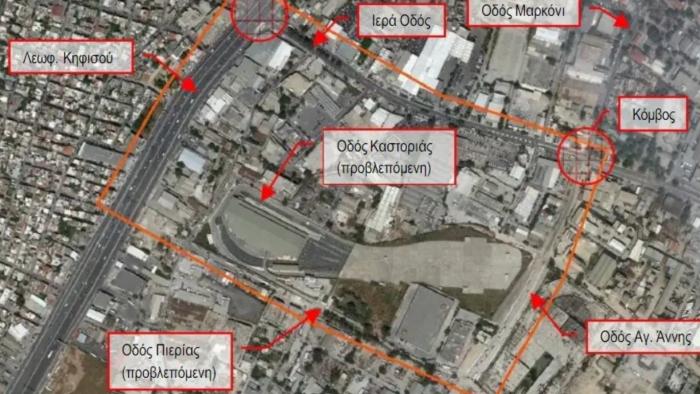 According to the architectural design, the KTEΛ building complex will consist of the following buildings:

There are parking lots/aprons of the national bus lines KTEΛ (at two levels +25.70 and +37.40), parking lots for private cars and a hotel block accompanying the station.

This is the reception center for passengers and visitors of the station. It includes the main arrivals and departures hall, commercial services/shops, dining areas, conference center and exhibition areas.

There will be a garage for international buses.

It should be noted that the territory of KTEΛ will also house auxiliary services, such as a passenger waiting room, ticket offices, a left-luggage office, a parcel (departure) pick-up point, an unaccompanied luggage and items storage room, an administrative service area, a bus filling station, a bus station, a laundry and a bus repair shop. At the same time, the presence of greenery will be noticeable, which will occupy at least 30% of the site.

KTEΛ buses will enter the station via Kastorias Street, and two-level parking is planned for buses following the routes. The total number of seats will be 70 and they will be distributed over two floors of building/building A.

It is expected that the new station in Eleonas will function as a multi-purpose transport hub, which will have a message:

Study: 90% of Greeks get their information from websites