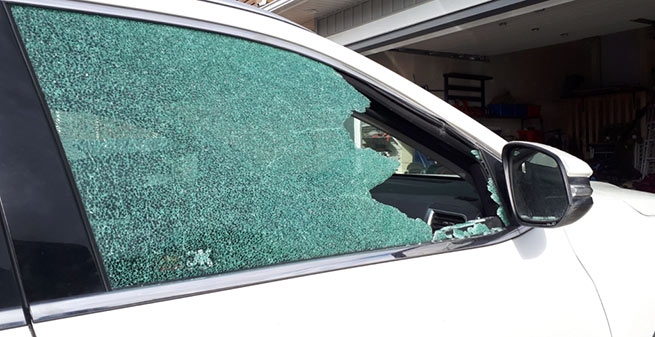 A 36-year-old woman in Thessaloniki was sentenced to 15 months in prison with a 3-year reprieve for destroying someone else’s property because she wrecked a 28-year-old man’s car because of unrequited love. “I did it out of love for him,” she said, explaining the reasons for her action.

The man and woman were neighbors in the Tumba area. The lady repeatedly left love notes to the man on the windshield of his car and, according to her, tried to approach him to talk.

However, it seems that the man did not respond to manifestations of love on her part. Later, the man said that he knew her only by sight, saying that she approached him several times, “but he never spoke to her.”

Lying on… the roof of a wrecked car

The woman was arrested last Thursday afternoon when a passer-by saw her lying on the roof of the guy’s car. Prior to that, she broke windows, mirrors, bumpers, broke windshield wipers, bent the hood and roof of the car, and also punctured tires. As they say, a complete set …

According to an eyewitness, he reported this to the police, most likely because he was worried about the health of the woman. The lady filed an appeal and was released…