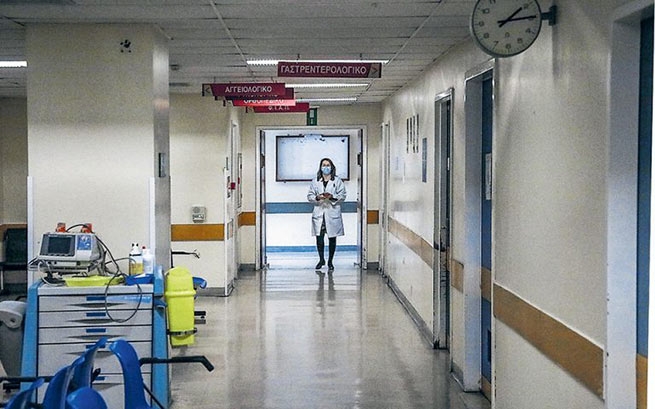 According to the regulation, staff doctors working exclusively in public hospitals esy, will also be allowed to offer their services to private hospitals, clinics, diagnostic and therapeutic centers. The condition for additional work for doctors is their participation in the work throughout the day (mainly in the morning hours) of a public hospital in non-working time, except for days when the hospital is on duty.

This means that running a private practice or providing medical services to private institutions is no longer a disciplinary offense for staff physicians and surgeons in the public hospital system. The new opportunity to work up to twice a week is possible after the permission of the head of the hospital or the president.

This rule is in addition to the so-called “afternoon operations” when insured or uninsured patients will be required to pay out of pocket for a “priority” operation in the afternoon, while the long queues for morning operations are notorious. The ruling provokes a strong reaction among public hospital workers, including those associated with the ruling New Democracy, and preparations have begun for a protest rally.

radical change put an end to the public hospital system, especially with regard to free doctor visits and treatment, as patients will be artificially transferred to the private sectornotes the publication ethnos. Moreover, this partial privatization of the Greek healthcare system will automatically lead to further degradation of public hospitals, since there will be no permanent doctors to be hired in the future. At the same time, the health workers themselves will place more value on their private work than on the NHS morning work, which is paid at regular wages. The argument will be that there will be no free time for examinations in the morning, so targeted patients are taken to private clinics for a fee, the newspaper adds.

In addition, with regard to operations in public hospitals: under the pretext of long queues for morning operations, patients will either be forced to go to a private clinic, where they will pay big money, or pay to speed up the process with “afternoon surgery” in a public hospital. Please note that this “day surgery” scheme is not easy to implement due to a lack of nurses and other staff, as well as free beds for additional patients. Recall that despite the fact that in May it was adopted daytime billin Thessaloniki there is already one pilot implementation in one hospital.

With all these regulations half privatizing the public hospital system, the neo-liberal government is legalizing the famous “torches” and ignoring doctors’ demands for higher wages.

* There is no free medicine in Greece. There is a so-called. state health insurance, available to residents of the country who paid at least 6 months of fairly high insurance premiums. At the same time, even with such insurance, the chances of receiving timely medical care (free of charge), and even more so of an operation, tend to zero. See the reason below.

* torches – money in an envelope, in fact, an obligatory attribute of the modern Greek healthcare system. Where, in addition to rather high contributions to state health insurance, patients have to pay significant amounts of bribes to doctors so that they can have a normal operation or be provided with normal (as expected) treatment.