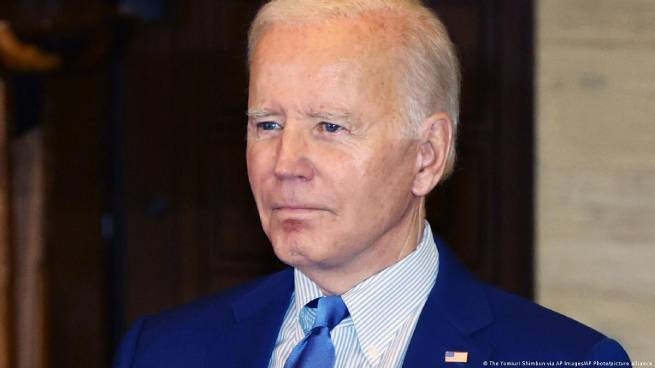 US President Joe Biden disputes Zelensky’s comments about the ownership of the missile that hit Poland: “This is not proof.”

As reminds sky newsUkrainian President Volodymyr Zelensky said yesterday that he had “no doubts” that the rocket that caused the explosion in Poland was “not Ukrainian”. However, the opinions of Biden and Zelensky on this matter differed. The American president noted that the trajectory of the missile indicates that it was unlikely to have been fired from Russia. When asked on Thursday to comment on the Ukrainian president’s statement, he told reporters: “This is not evidence.”

The White House said that they lay the ultimate responsibility for the fall of the rocket in Poland on Russia – regardless of who fired it. Volodymyr Zelensky, in turn, said that Ukraine “should have access” to the place where two people died and four were injured. Lloyd Austin, US Secretary of Defense, said:

“We did not find anything that would contradict the preliminary conclusion of the President of Poland that this explosion was most likely due to a Ukrainian anti-aircraft missile, which, unfortunately, fell in Poland. But whatever the final conclusion, the world knows that Russia is ultimately responsible.”

As our publication reported, incident, which almost led the planet to world war and already dubbed the “New Caribbean Crisis”, ended after Biden’s statement that the missiles were not Russian. NATO ambassadors held emergency talks to respond to Tuesday’s explosion that killed two people at a grain plant in Poland, near the border with Ukraine, in the first deadly extension of the war into Western military alliance territory.