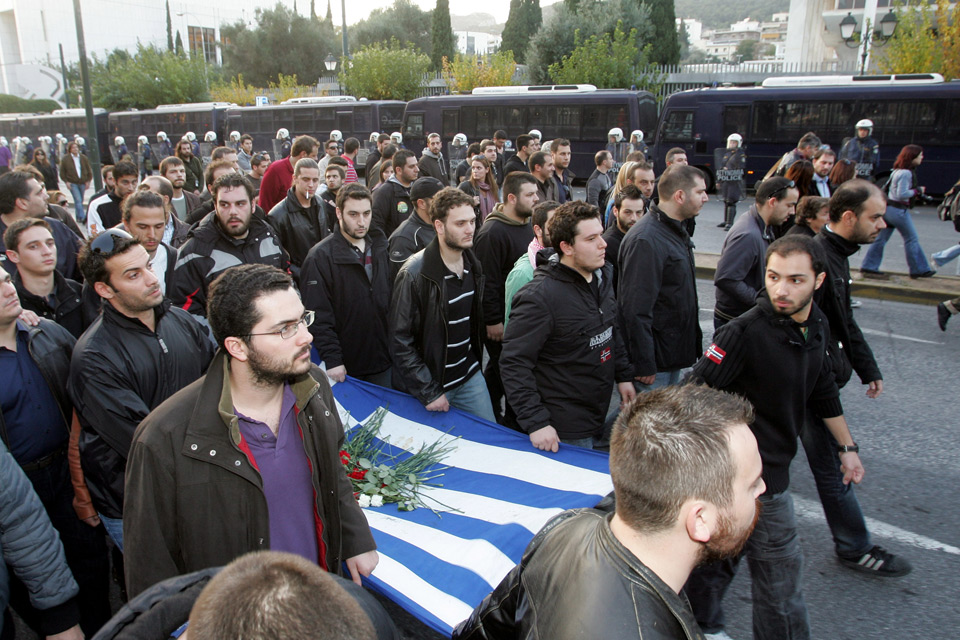 Outside of Greece, few people know about this event, and even in Athens itself, foreign students of Greek universities with a very indifferent look pass by posters with tanks, reminiscent of the events of 42 years ago. Perhaps the best thing about Polytechnic the Greek students and the police department know every year the consequences of the hardness of the student’s memory.

In Greece, this date is special: November 17 country notes memorable eventsthat happened on that day in 1973 at the National Polytechnic University of Metsoviobecause it falls on the day student protests against the military junta of “black colonels”.

The Polytechnic is not a holiday, but it is not a commemoration either. It is rather a political action that has become traditional with Greek national overtones. I would even draw a parallel between the Polytechnic and Happy Ohi, because both days are the result of a Greek protest against what they considered unacceptable for themselves. But if Ohi Day is a protest against an external enemy, then with the Polytechno everything is much more complicated. Then the Greeks went to the Greeks and, ultimately, 28 people died, 128 were seriously injured and more than 1,000 went down in history as “injured.” However, these figures are approximate, the exact data on the victims in those days is still a mystery.

How do Greeks celebrate this day?

Schools hold festive events where children read poetry and draw pictures dedicated to this event. People of the older generation, who remember or took part in the events of the distant 1973, come to the Polytechnic building to pay tribute to the memory of the dead or gather in the cafenio, discussing the times of their youth. Students and their peers are marching through the streets of Greek cities.

But there is also a special category of people in Greece, which celebrates this day with fights, pogroms and clashes with the police. In fact, not a single year has passed since 1974, when this day has passed without any incident. The author of these lines did not happen to be in Greece until 2001, but even then the local media discussed this event only in police chronicles. This is what is happening to this day… 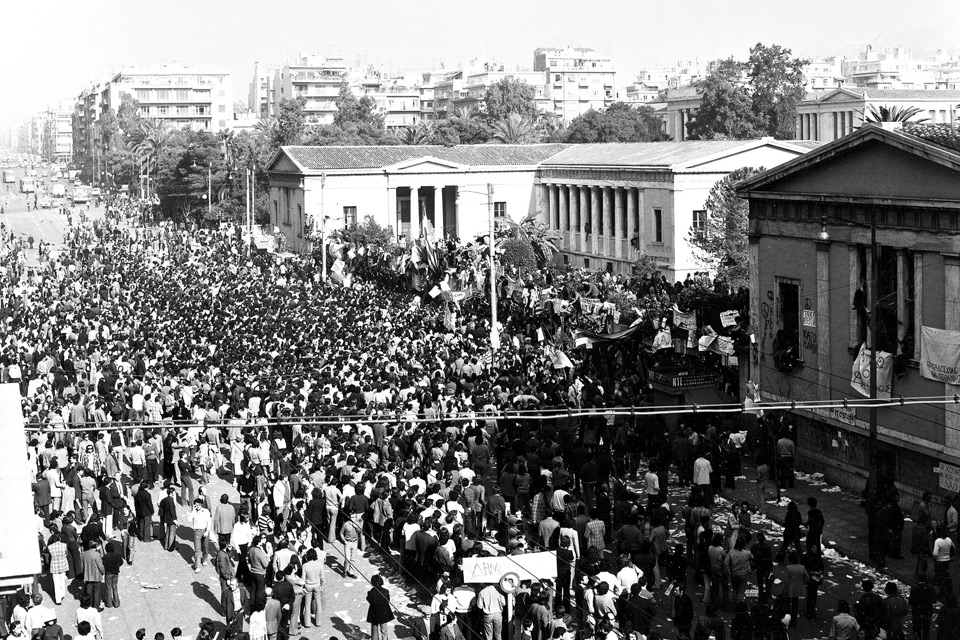 The students of the city of Athens have taken over the Polytechnio. Their slogan: BREAD – EDUCATION – FREEDOM – NATIONAL INDEPENDENCE

19:00 – More than 1500 students have decided to stay overnight at the Polytechnic.

A coordinating council is formed from representatives of all faculties, which establishes control over slogans, prohibiting those that did not convey the actual demands of the students. Through horns and a small transmitter, the committee began to broadcast the slogans of the rebellious students and began collecting food, medicine, etc. Tens of thousands of Athenians gathered around the university in support.

Students filled the courtyard and buildings of the Polytechnic, students from the city of Athens approached the university straight from the schools, bringing more and more food, medicine and other necessary things to the students who were determined to fight. The Coordinating Council announced that the performance at the Polytechno is anti-fascist and anti-imperialist character.

A new transmitter was put into operation, covering the whole of Attica. All the listeners were overwhelmed with exorbitant excitement and a sense of pride: “This is the Polytechno speaking! Politechno speaking! The student radio station of the Greek freedom fighters is on the air. Down with the junta! Down with Papadopoulos! Americans get out of the country! No to fascism! The junta will fall at the hands of the people… Everyone take to the streets, support us in the name of your freedom!

In turn, students in Thessaloniki and Patras also occupied university buildings. Peasants from Megara went to Athens… In the Athenian region of Egaleo, revolutionary uprisings began; he was followed by Piraeus … All Greece sided with the students who rose to fight.

More than 150,000 people lined up around the Polytechnic, chanting along with the freedom-loving students: “Down with the junta, the junta will fall at the hands of the people!”

19:30 – The dictatorial government has given the order to strike at the mass of people standing around the Politehnio. Tear bombs fell non-stop, creating an unbearable atmosphere. The people began to kindle fires to neutralize the effect of the gas. Bullets whistled as they struck the first victims inside and outside the Polytechnio fence. The people began to build barricades without retreating a single step.

24:00 – In Athens, the army entered the escort of tanks, occupying strategically important positions.

02:00 – The tanks approached the Polytechnic building. “Soldiers, we are unarmed, we are brothers, do not shoot at us! Join us!” the students shouted.

03:00 – One of the tanks knocked down the iron gates of the Polytechnic, on which the students climbed. The army and police entered the yard. Many students were arrested and taken to the military police, where they were tortured. Some soldiers came to the students’ defense, helping them escape. Street fighting continued around the Politehnio until early morning.

11:00 – Restored the power of the military, but the student uprising in the Polytechnic was the beginning of its end.

The uprising of the people and the crime committed against the nation led to the overthrow of the dictatorship.

Since then, on this day, all the students of the country honor the memory of their fallen comrades, and for the entire Greek people, November 17th has become one of those sacred dates that characterize their steadfastness and steadfastness in the struggle for their freedom and independence.