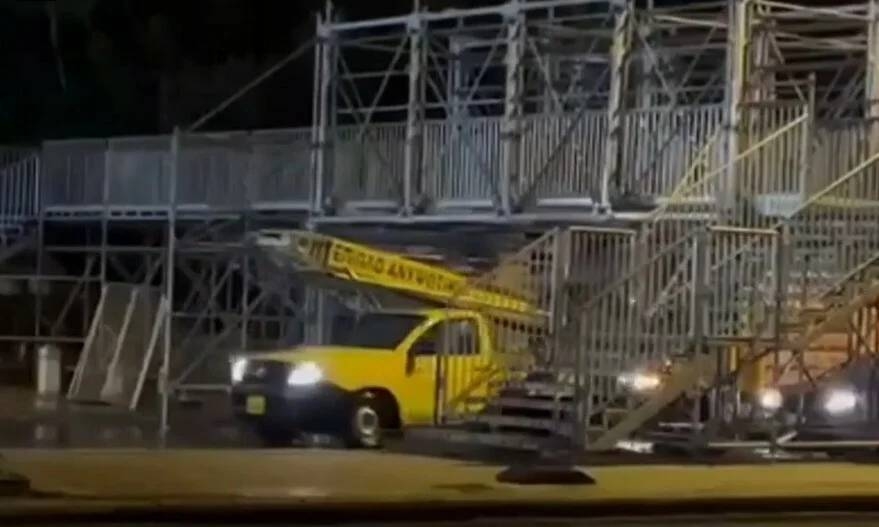 A pedestrian bridge erected in front of Kallimarmaro in Athens for the annual large-scale sporting event, the marathon, has created problems for some vehicles to pass.

In particular, according to what ERT reported from the scene, the bridge is very low, and therefore trucks or larger vehicles either barely pass or get stuck. According to the same source, at least five trucks encountered difficulties passing through the place, two jammed and received damage.

The Athens Marathon is an international sporting event with runners and spectators from all over the world. In 2022, a record was set: 4,500 people declared their participation in the long distance run, for the first time in all previous years. The sporting event is usually held on the 10th of November and is covered by TV channels around the world.

This year, the 39th Athens Peace Marathon (Μαραθώνιος Αθήνας 2022) will take place on Sunday 13 November. As noted, the legendary Spaniards Abel Anton and Martin Fitz are returning to Greece to take part in the marathon after 25 years. Abel Anton won the gold medal in the marathon at the 1997 Athens World Championships. A Martin Fitch won a silver medal in Athens at the 1994 European Championships.