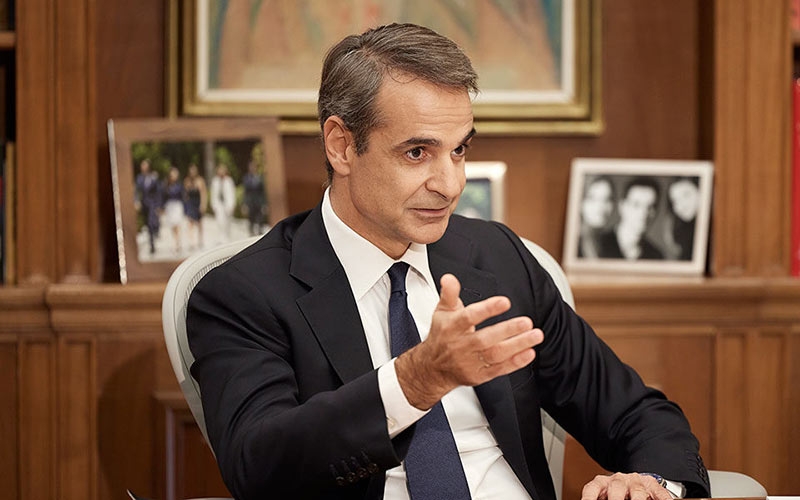 “There is absolutely no evidence and no connection to me,” said Prime Minister Kyriakos Mitsotakis, expressing deep annoyance at the publication in the Documento newspaper, emphasizing “shame and disgrace.”

Speaking to ANT1, Mitsotakis said that “Mr. Vaksevanis is backed by Mr. Tsipras who wants to drown the country in mud,” noting that if the Documento editor does not provide evidence, he will become a “national danger.” He added: “We cannot allow the political debate to stoop to this level, we cannot allow the Prime Minister to be falsely accused of spying on his ministers.” Mitsotakis noted that he excludes that “there is a Greek who believes that in my free time I followed the ministers of my government.”

“I have never claimed that there is no Predator malware center, but that is very different from accusing the Prime Minister of organizing this surveillance,” he said when asked about it, noting that “from the first moment we recognized – there is a problem, we do not know where it came from, we will unravel this tangle.” “I don’t know who is spying, we have to find out, it’s not the NSA that deals with malware, and I have nothing to do with it,” he stressed, reiterating that Greece will be the first country to outright ban the use of malware programs.

Mitsotakis said “the prime minister’s personal responsibility for controlling ministers is unthinkable.” He added: “For seven years, I have been constantly slandered – the modernization efforts annoyed many.”