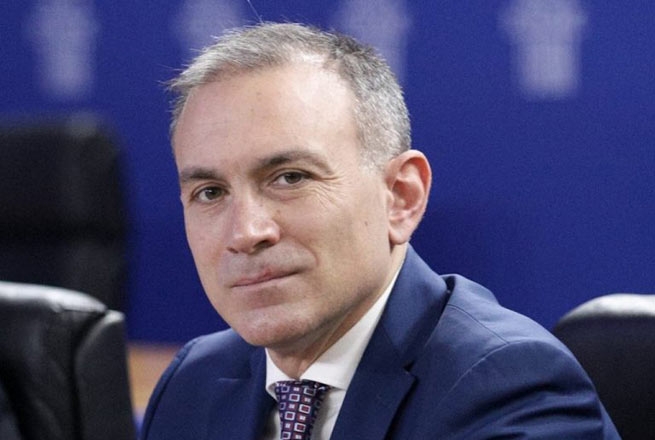 There is an inside and outside bet in the US midterms. The internal factor has a decisive influence on the external one, since in the current conditions the division and split within America make it problematic in confronting global challenges.

The US is finding it increasingly difficult to respond to them as its role as world leader wanes. And if this is disputed by both opponents and partners, if the Americans themselves, by their tragic mistakes in the first 20 years of the 21st century, have spoiled their authority and created uncertainty even among allies, then it goes without saying that the deepening of the internal crisis in the conditions of polarization will lead to paralysis. The question will be whether Washington can maintain a united front against Russia in the face of the serious possibility that Republicans will control both the House of Representatives and the Senate, given that they have been largely crushed by Trump and Trumpism, resulting in a search for a compromise with The White House is not among their priorities.

Doubt Abroad
If at home the situation between now and the 2024 presidential election could become almost hopeless, in the sense that it will be extremely difficult for President Biden to implement his legislative agenda, then abroad there will be widespread doubts about the abilities of a president with low popularity and strong controversy. who will obviously face a hostile congress, stick to the same line even on key foreign policy issues, such as Putin’s tough stance on Ukraine.

Such a scenario would unblock forces in the West, in particular in the European Union, which are already concerned about the intransigent position of the United States towards Russia and expect a quick solution, given the political impact of the economic and social consequences of the war in Ukraine. It will be difficult for a weak American leadership to stop such a wave of escalation of confrontation. And it shows a development where even the hardliners in the Democratic camp, who ruled out any discussion with Putin, have now relented and are offering a deal with the Russian president on the condition that he end the war in Ukraine. We will see if this is an election ploy or if they really think so.

Greek-Turkish relations
As far as Greek-Turkish relations, Menendez’s possible loss of the chairmanship of the Senate Foreign Relations Committee would be a serious blow, but I think the Greek-American lobby has done an excellent job of building infrastructure, and Turkey’s actions are also causing concern among the Republicans, even if some of them seem more conciliatory towards Ankara.

Of course, the latter’s victory could also provide a very good alibi, mainly for the State Department and secondarily for the White House, to push through decisions such as the acquisition and modernization of F-16 aircraft for Turkey without the conditions stipulated by the Menendez amendment and other members of Congress.

It must be understood that for Americans, their relationship with Greece and Turkey is not viewed as a one-sided issue and does not affect each other every time. Ties between Washington and Athens are now stronger and at their best in decades.

The Americans, especially after the conclusion of the Presses Agreement, recognize the role of Greece as a stabilizer and guarantor of security in the region. This was facilitated by the partnership of Athens with the states of the Eastern Mediterranean, such as Israel and Egypt, our consistency in fulfilling allied obligations (sometimes, however, with excessive zeal), and the uncertainty of some Washington circles that Erdogan’s Turkey is leaning towards the East.

Naturally, a major power wants to have alternatives when it sees a permanent divergence in a very important country for it, in this case Turkey, a “geopolitical noose”, in the words of Konstantin Arvanitopoulos.

US-Turkish relations go beyond Greek-Turkish relations, however, beyond that, the issues of concern in US-Turkish relations are multi-dimensional and go beyond Greek-Turkish relations. One description is enough: Ukraine, Syria, the Caucasus, Central Asia, Libya, the Balkans, terrorism, energy, S-400, relations with Russia, Iran, Western Islam, etc. As a consequence, Athens cannot exert a catalytic or even permanent influence on the relationship between Washington and Ankara. Instead, it should focus on the emergence and strengthening of an interventionist role (with a focus on resolving various/conflicts and improving the conditions for coexistence) in regional events, rather than on a constant confrontation with Turkey.

So, in a sense, the problematic coexistence of Democrats and Republicans, which may partly change US policy towards more tolerant towards Turkey, has a positive side in that it awakens Greece not to hope that relations with the United States will solve the issues of containing Turkish revisionism, as well as solving our problems. We are responsible for all of this, and other forces support our own choice.

Konstantinos Filis is Director of the Institute of International Affairs and Associate Professor at the American College of Greece.

His book The Future of History is currently being published by Papadopoulos Publications.