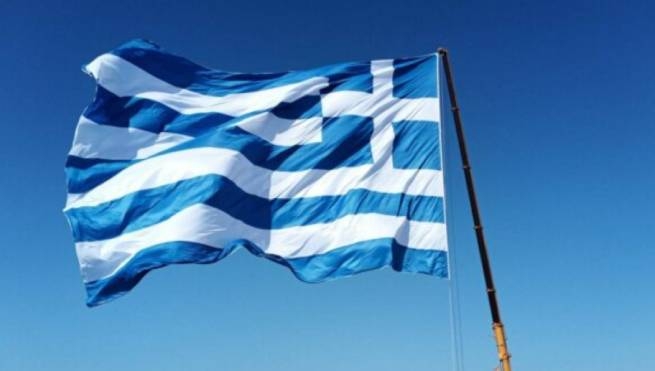 On October 28, the largest Greek flag was again raised on Santorini, which was not at all easy: its size is 1500 square meters and its weight is 160 kg.

The raising of the flag took place yesterday morning, on the day of the national holiday – the anniversary of October 28th. As writes Cyclades24.gr, the participants of the ceremony made superhuman efforts to hang it using a large crane. This year the flag-raising took place at the ΦΤΕΛΟΣ brewery.

In honor of the national holiday of Greece, numerous festive events were held in the country. A procession of schoolchildren took place in Athens, and a spectacular military parade took place in Thessaloniki. Impressive triple roll on an F-16 fighter jet and breathtaking message to the Greeks did the commander of the squadron “Zeus” Christrodoulos Gyakoumis – this is how he honored the national Ohi Day on October 28, 2022.