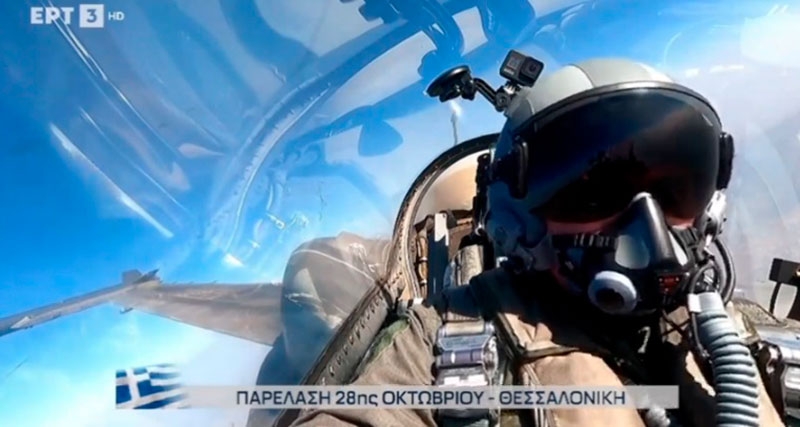 Zeus Squadron Leader Christrodoulos Gyakoumis delivered an impressive triple roll in an F-16 fighter and a thrilling message to the Greeks as he honored the national Ohi Day on October 28, 2022.

The pilot’s appeal to all Greeks: “We are ready and will be ready to defend our homeland.”

The speech and message to the Greeks was part of a large military parade on the occasion of the anniversary of Ochi Day, October 28 in Thessaloniki.

From the cockpit of the F-16, Hyakoumis conveyed a message to the President of the Hellenic Republic, Katerina Sakellaropoulou, who was present at the parade, as well as to all Greeks.

“Greek women and men, we look with pride at what the generation of the 1940s achieved in defending our homeland. We are ready and will be ready to do the same. Honor to those who in their lives defined and guarded Thermopylae. Happy return of our Greece and Hellenism throughout the Earth! Happy return of Thessaloniki!”.

Quote “Honor to those who in their lives defined and protected Thermopylae” taken from the poem Thermopylae by the Greek poet Konstantinos Cavafy.