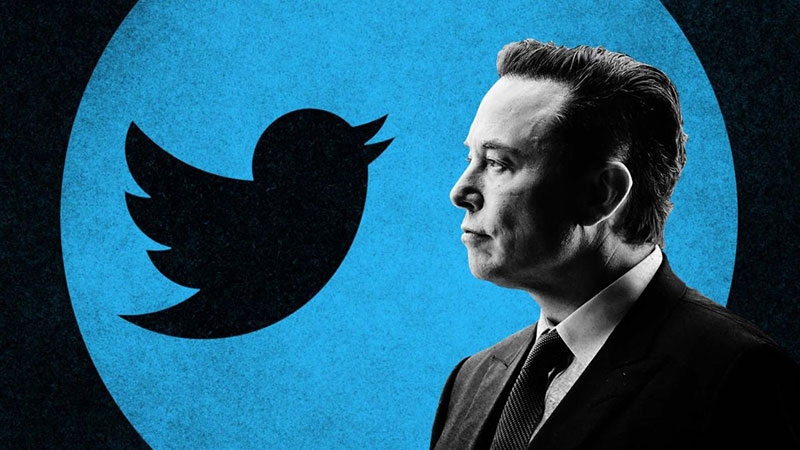 Updated Twitter will cause tremendous geopolitical changes – “In the new Twitter, everyone will be free to say what they want,” says I. Musk.

Billionaire Elon Musk made it clear that he wanted to own Twitter from the very first moment by posting the phrase “the bird flies free” and sacking those responsible for censoring former US President Donald Trump, as well as those who dared to express an opinion that did not please the global establishment.

Elon Musk’s acquisition of Twitter is a global geopolitical event of great importance, depriving the centers of power that control Western societies at the moment of their most important propaganda center, as Twitter has far surpassed television, which is today considered an obsolete mass media, in propaganda power.

Everyone remembers the methodical censorship operation to ensure that former President Trump lost the 2020 election, when he was not only banned from expressing his views, but also campaigned to smear him with thousands of “trolls”.

The results are well known. D. Biden was elected President of the United States, and since then the planet has been suffering from a global economic crisis and is on the brink of nuclear war.

Pre-Elon Musk Twitter (like Zuckenberg’s now-stagnating Facebook) took away freedom of speech on issues that troubled the “Deep State” that controls the Biden administration, such as pandemic blackmail and mass vaccinations, etc. Pre-Musk Twitter contributed to this. that D. Trump lost the election, and is also guilty of provoking the Ukrainian conflict, which led to the ban on this site in Russia and a sharp increase in the popularity of Telegram.

“The bird is now free to fly” means that everyone will be able to “chirp” as they please, Musk said. In essence, this means that former President N. Trump will be able to run again in the 2024 presidential election, having at his disposal the main weapon – Twitter.

His opponents knew that whatever they did to discredit N. Trump through organized media attacks, it would have no effect as long as he and his constituents could tweet.

Already, thousands of users are posting previously “forbidden” messages such as: “Pedophiles are beasts and should receive the death penalty”, “The 2020 elections were rigged”, “Ivermectin shows great results against coronavirus”.

Therefore, Elon Musk’s first act was to instantly fire Twitter legal adviser Vijay Gadde, who is believed to be responsible for the suspension of former President Trump’s account on the platform.

At the Twitter executives meeting under the new owner, if anyone saw her face, they probably knew what was in store for her… and that’s mostly because she knew what she DID…

because it is not capitalism/racism that’s keeping us stupid

we all must hate our own men in order to be liked#TOKENISM #TOKEN #RACISM #elonmusktwitter #elonmusk pic.twitter.com/WJPdVUfEiH

Users are now waiting for the return of Trump and hundreds of other people whose accounts have been suspended because they were deemed in violation of the terms of use, sparking backlash on Twitter and sending millions of its users to Telegram.

In fact, Vijaya Gadde, unlike his “victims”, will be able to post on Twitter and say what she wants, something that has been denied to thousands of people, and this is because Elon Musk believes (and rightly so). ) in absolute freedom of speech. (For some reason I doubt that this was Vijay Gadde’s personal initiative. Do you know why?)

The new owner of Twitter, it is believed that he will allow the Russian media to express their version of what is happening in Ukraine (because (according to him) he is a supporter of freedom of speech and opinion), and already in the USA (mostly Democrats and the Biden administration) “cold sweat” because they know how important is the UNIVERSAL PROPAGANDA, which, especially in the last two years, has been completely successful, because the collective unconscious of the masses is easily “programmed” when they do not listen to another point of view.

Hours after the start of a new era at Twitter Inc. the new owner of the billionaire platform was hit by a flood of calls and requests from account holders who were blocked on the social network, and from world leaders.

Former U.S. President Donald Trump, who was permanently banned from Twitter amid accusations of inciting violence in the aftermath of the January 6, 2021 Capitol Hill riots, welcomed the acquisition today but said he would not be returning to Twitter.

“I am very happy that Twitter is now in healthy hands and will not be run by the crazy radical left who genuinely despise our country,” he wrote in a post on his own Truth Social network.

“I like Elon, but I stick to the truth,” Trump said in an interview with Fox News.

Dmitry Medvedev, former President of Russia and current Deputy Chairman of the Russian Security Council, congratulated us on Twitter:

Others have asked Musk to cancel the fines imposed by the social media platform.

In response to a post from @catturd2, an anonymous account with 852,000 followers who is known to be a big supporter of Trump’s election fraud allegations and who said he was blocked by many users, Musk tweeted, “I will be more active today.”

PS We are waiting for reciprocal steps from the deep state. I have no doubt that in this case, the “rebellious” billionaire will be dealt with, and censorship will return to Twitter again, just as it affects all so-called. “free media” of the Collective West, since the modern world cannot exist without lies and propaganda.

I also do not exclude the fact that the creation of the so-called. “free Twitter”, in fact, is a special operation of the special services aimed at leaking and stuffing misinformation. Am I too incredulous? Time will tell.