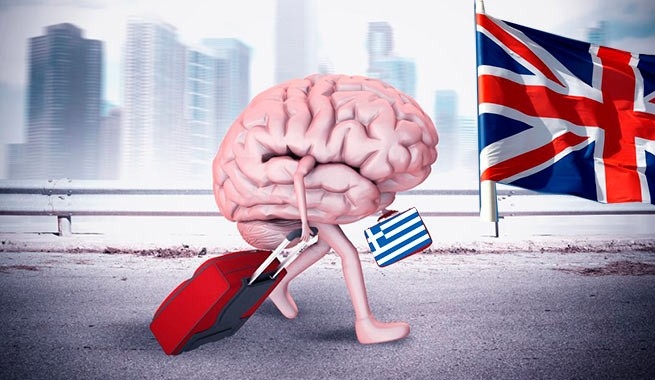 Over the past decade, more than 20,000 doctors have left Greece, and the education of each of them has cost the state and their families nearly 350,000 euros, Giorgos Patoulis, president of the Athens Medical Association and director of the Attica region, said on Tuesday.

In his speech at the 2nd Health Above All (Ygeia pano ap’ola) congress held in Athens, Patoulis spoke of the massive brain drain that has cost Greece over 400,000 highly trained professionals since 2010.

In addition to the consequences for the health care system, the migration of medical personnel has cost the country dearly in other ways, he said. “Greece has invested more than 7 billion euros in recent years in its doctors, which are now used by the health systems of other countries. In other words, Greece has actually lost significant capital in which it could invest and which could create added value,” he said.

As a solution, he suggested that Greece develop medical tourism for patients from all over the world. “We don’t just want to stop the migration of scientists, we want to attract other doctors here through the development process,” he stressed. It is worth noting that Mr. Patulis was one of those officials who actively supported compulsory vaccination of health workers.

The brain drain of healthcare professionals began after the 2009 crisis and continues at a rapid pace. Until 2015, the number of doctors who left Greece to work abroad was 7500 people. Over the past 7 years, their number has grown to over 20,000, not counting highly qualified nurses (brothers), who are much more numerous.

The departure of medical workers abroad continues, primarily due to poor pay and working conditions. The logically inexplicable tough policy of the authorities during the pandemic also played a significant role, when the government literally “raped” medical workers, forcing them to be vaccinated, regardless of medical contraindications. Which eventually led to many problems for those who were compulsorily vaccinated, incl. and with fatalities. It is worth recalling 7,000 suspended health workerswho were fired for refusing to be vaccinated. Many of them have already left Greece in search of work abroad.