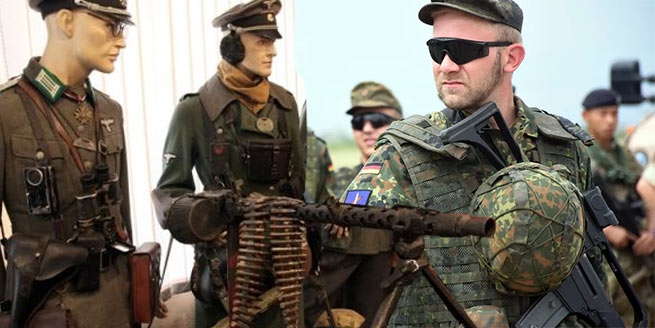 The raison d’être of NATO is no longer to contain Germany, as it was after World War II, considered across the Atlantic Ocean. On the contrary, it is now beneficial for the United States that Berlin play a more active role in Europe, especially in the context of helping Kyiv and putting pressure on Moscow.

The United States is confident that if Germany continues its course towards a “new era” and assumes leadership in the field of security commensurate with its size and wealth, this will clearly change the balance of power in Europe in favor of NATO and EU. It will also allow Washington to address the issue of China’s rapid military buildup and the need to maintain a favorable (for the US) balance of power in the Pacific.

In other words, according to some military analysts, the US-British war plan “Until the last Ukrainian” is coming to an end, due to the fact that Ukraine is running out of mobilization resources, and is smoothly moving into the “Until the last European” plan. Germany will lead this process…

There is only one unpleasant moment in this: the Anglo-Saxons have twice incited the short-sighted Germans to lead a united Europe. Both times it ended badly for Germany. For the first time in 1919, the German Empire collapsed without surviving the results of the First World War. The second time ended with the surrender of the Third Reich in 1945. The Germans, under the leadership of the son of SS Lieutenant General Friedrich Karl Max Scholz, have a chance to plunge into history for the third time. This is quite possible, only after it there will definitely not be a fourth time, in place of Germany there will simply be radioactive ash.