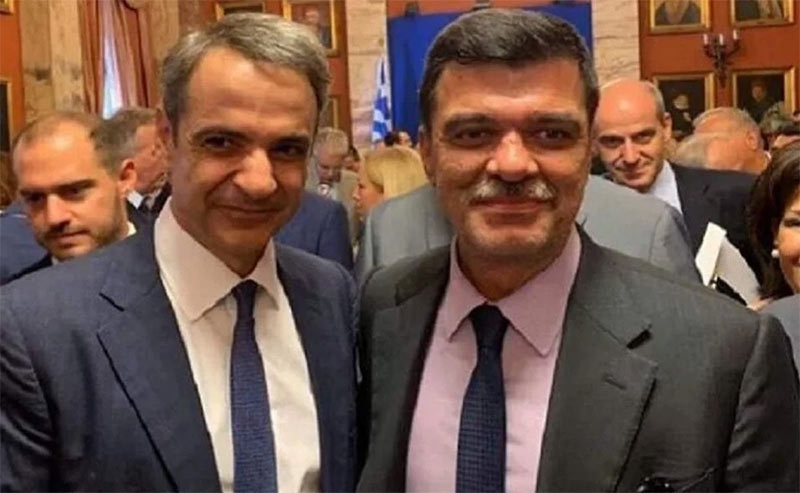 The reason for his expulsion was that, as a deputy, he had a collection company that bought “red loans” from banks for 1/5 of their value. In addition, he represented a foreign company in Greece that received strange (legally) contracts from the state-owned Hellenic Post (ELTA), a director of which is also a New Democracy member.

Now journalists and citizens are asking: why, if he was a successful businessman, did he become a legislator and receive a salary from taxpayers’ money? Questioners note that the question is rhetorical and they perfectly understand why …

Polakis said that ND deputy Patsis, being the owner of a collection company registered in an offshore zone, bought “red” (prophet) loans from banks in the amount of 62 million euros for only 4.3 million euros, then “knocked out” (often in in the truest sense of the word) debtors have debts.

According to Polakis, in 2010, Patsis set up a special purpose company in Cyprus, PLATON SA Debt Securitization, with a registered capital of only 60,000 euros.

In 2011, through this company, he bought “red” loans from Piraeus Bank with a total value of €62,771,892, paying €4,300,000 for them, which were actually paid to the bank from a deposit in Piraeus. “Where and how did the Patsys company find more than 4 million to buy loans from Piraeus?” – asked Polakis the first obvious question.

The second question of the MP from SYRIZA was: “How much money did Patsis’ company collect from the loans he bought in the amount of 63,000,000 euros? Did he hold any auctions?

The SYRIZA MP also noted that “Patsis’s company has never published balance sheets in the General Electronic Business Register (GEMI) so that its income and expenses can be seen and thus the amounts it processes and manages.”

Finally, he concluded that “In the last Board of Directors of his company, published in GEMI and expiring in 2021, Patsis was not replaced, although he was obliged to do so upon entering the status of a Member of Parliament.”

“Is it legal and ethical for a current member of the Greek Parliament to be a member of the board of directors of a company that conducts auctions and collects 1/5 of the value of the loans it buys?” Polakis added. “Obviously, this is prohibited by the laws of Greece,” added an MP from the opposition party.

Accordingly, Pacis was demanded an explanation by New Democracy party officials. ND sources told the media that “if it is established that his entrepreneurial activity violates the law or even the moral norms of the party, then an immediate development of events is possible, which may even reach the removal of the deputy.”

Patsis, apparently, was unable to give an adequate explanation, and on the same day he was expelled from the party on the personal order of the head of the party, Prime Minister Kyriakos Mitsotakis. According to the ND statement, Patsis was expelled because “his explanations regarding his professional activities were found to be inadequate and inconsistent with the seat of an MP and the values ​​of the New Democracy.”

According to the latest media reports, Patsis refuses to step down as an MP and has sent a message to his voters in Greven that he will remain in Parliament as an “independent MP”.

The ruling New Democracy party now has 156 seats in parliament out of 300 deputies, and this is far from the first scandal in recent times.

Hellenic Post (ELTA) CEO Gorgio Constantopoulos resigned immediately after SYRIZA spokesman Nasos Iliopoulos revealed that Patsisa’s company had received “direct funding” totaling more than €1 million from the Minister for Digital Governance through ELTA, according to the news site. libre.gr. According to ELTA, one million euros was paid allegedly for “legal advice”.

A scandal that could bury any government in any democratic (and not particularly) country in the world will not be a reason for the resignation of the Mitsotakis government. Such are the realities of the oligarchic-clan system in Greece, which some call “democracy” …