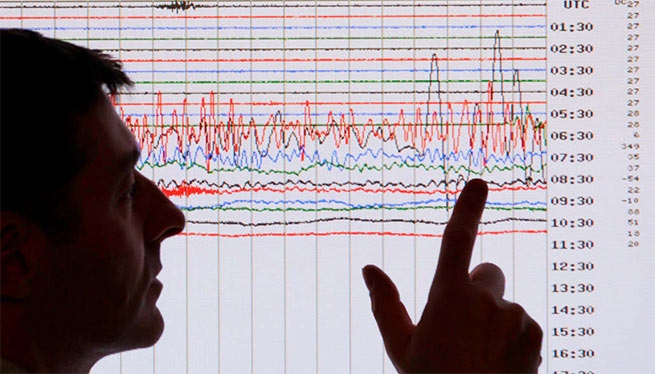 On Thursday, October 20, four explosions were recorded in the Gulf of Finland, which occurred in Russian territorial waters, about 40 kilometers southwest of Vyborg.

Russian Channel 47 was the first to report on the explosions on Friday, citing a daily report from the Institute of Seismology at the University of Helsinki on seismic observations in nearby areas of Finland. According to the automatic measurement system of the Institute of Seismology, the recorded events were an explosion or collapse, a Finnish newspaper reported. Ilta Sanomat.

Seismologist Jari Kortström confirmed to Ilta-Sanomat that the seismic incidents reported on the news are explosions: “They have been detected and identified. They are explosive signals. At least they are not earthquakes.”

The network of seismic stations at the University of Helsinki automatically measures seismic events in and around Finland. The system detects very small explosions. It records the place, time and intensity of the incident. The seismic signal doesn’t say who did it or why.

The causes of the explosions remain a matter of speculation. Kortström says most explosions are caused by the dredging or dredging of a shipping channel. He says that similar explosions have been recorded in front of Vuosaari, for example, when deepening the port’s shipping channel. Another possibility could be military exercises, during which, for example, depth charges or mines were detonated: “This happens regularly in the Finnish Navy …”.

Kortström says the explosions recorded on Thursday not are something exceptional. Explosions are regularly observed in marine areas near Finland. In Finland, seismological measurements are carried out at about 40 stations throughout the country. Every year they record about 20,000 seismic events, most of which come from quarries and mining enterprises.

The reason for the shocks-explosions near Vyborg is the destruction of naval mines, the military commander said, citing a source in the Baltic Fleet of the Russian Federation: “The discovered mines are destroyed from time to time at the 18th anchorage. Almost 70,000 mines were laid during the blockade in the Gulf of Finland. It seems to be , according to official figures, they got about half.
Previously, almost every year they popped up somewhere “…