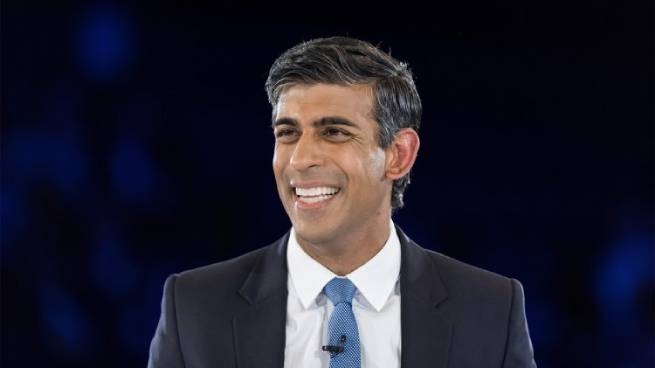 Rishi Sunak, the former Chancellor of the Exchequer, will become the new Prime Minister of the United Kingdom. He has been chosen by the Conservative Party as the new leader to replace Liz Thrus, who resigned as head of government after 45 days in Downing Street.

Her days as prime minister were marked by economic chaos and market mistrust. The new leader of the Conservative Party stated:

Britain is a great country, but there is no doubt that we are facing deep economic problems. Now we need stability and unity. And I will do my best to unite our party and our country. I promise that I will serve you honestly and modestly and will work day in and day out for the benefit of the British people.

On Monday, Penny Mordant withdrew from the fight, clearing the way for Sunaka – she could not get the 100 votes of supporters necessary for the nomination as a candidate.

A Tory leader cannot become prime minister until he receives an order from King Charles III to form a government. The resignation of Liz Truss must first be accepted, which the monarch will probably do.

Market participants believe that Sunak will be able to correct the economic mistakes of its predecessor and restore investor confidence. Not without reason, after the news of his appointment, the British pound became the growth leader among the major world currencies.

The newly elected leader of the British Conservative Party Rishi Sunak will be appointed Prime Minister as early as today, Tuesday, reports sky news. According to the preliminary schedule, at 11:00 Liz Truss will hold the last meeting of the government, and at 12:15 – will make a farewell speech in Downing Street.

After that, Truss, together with Rishi Sunak, will go to an audience with the British King Charles III, who will approve the dismissal of the prime minister and the appointment of a new head of government. At around 13:35, Sunak, in his new status, will make his first speech at Downing Street.

Sunak, 42, is on the list of the 250 richest Britons, in large part thanks to his wife Akshati Merthy, who is the daughter of Indian billionaire businessman Narayani Merthy. Sunak has been in politics since 2015 and before his appointment as prime minister, he managed to work in the parliamentary committee on environmental issues and the ministries of housing and finance (he headed the latter from February 2020 to July 2022).

A few facts about the future prime minister of Great Britain:

So, the prime minister of the United Kingdom will be the one who put a lot of effort into removing Johnson from office, and then lost, probably due to the manifestations of racism among the rank and file members of the Conservative Party. If Johnson’s successor had been chosen by Conservative parliamentarians, Rishi Sunak, an Indian from a wealthy family with close ties to the financial international, would have been the first choice.

The British economy is in a catastrophic situation. Much worse than when Boris rolled out of Downing Street. Utility rates are breaking records and millions of Britons are at risk of staying in unheated homes during the winter. A downturn in industry and falling middle-class incomes promise to provide the basis for mass protests. Especially when the Labor party already has a 30% advantage in the ratings and are eager to achieve early elections.

Sunak is in for a very difficult legacy. Moreover, he was never known for his ability to get along with the masses. And now he is considered the richest member of the British Parliament, who recently embarrassed himself at a gas station, not knowing how to pay for gasoline without a driver.