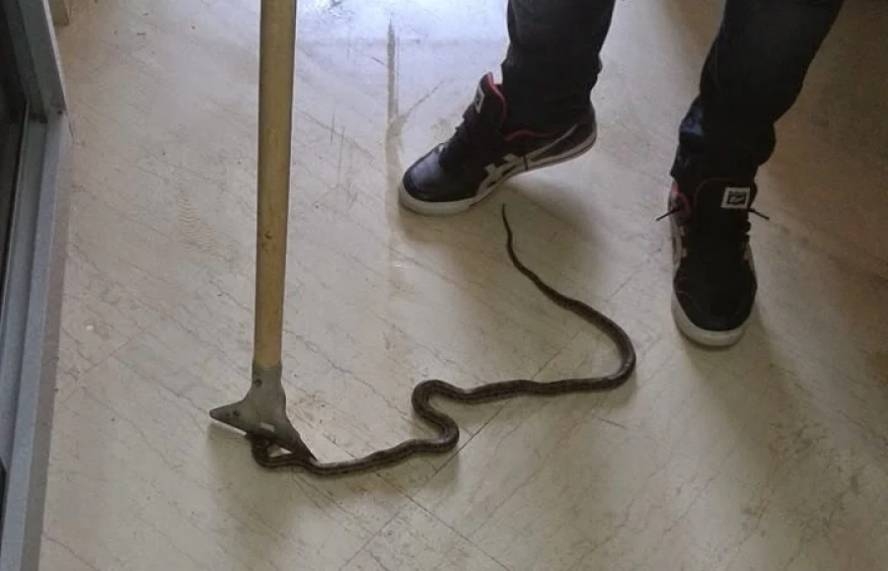 The young girl had to endure very unpleasant moments, panic and even shock.

A resident of the city of Larisa, an apartment located in the center, saw on the windowsill of the apartment… snake and, of course, panicked. Terrified, she grabbed the phone and called the fire brigade, who immediately drove to the scene. Specialists managed to catch the viper and expel it from the student’s apartment.

According to onlarissa.gr, the snake showed aggression when experienced firefighters drove the reptile into a cage with decisive action. Rescuers reportedly later took the viper out of the city and released it into its natural habitat.

Serpentologists (snake experts) are at a loss. Even though October is coming to an end, the snakes are still not “hibernating”. Most likely, fine days “revive” the snakes, who are looking for food and a warm corner. Of course, seeing them on the ground and in an apartment on the 2nd floor is not the same thing at all! Although the inhabitants of Larissa, apparently, are gradually beginning to get used to the neighborhood with the inhabitants of the wild.