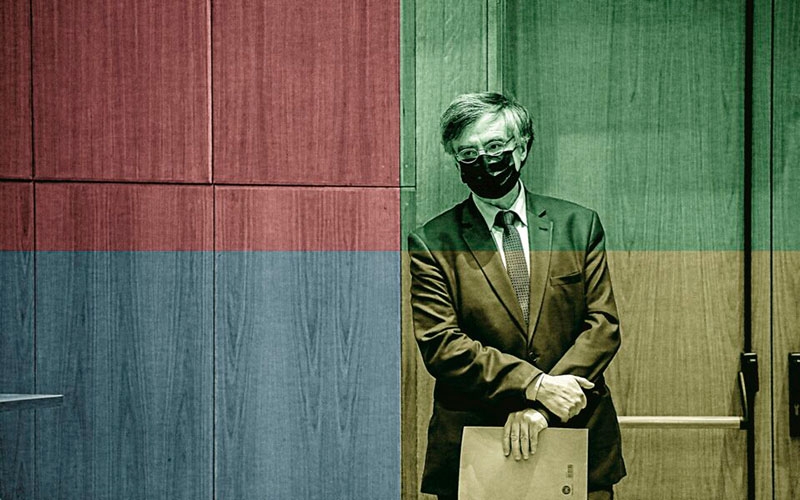 The presentation by leading COVID-19 specialist Sotiris Tsiodras, professor at the University of Athens School of Medicine, was expected to generate public interest at this stage of the pandemic.

His expression “we all failed miserably” caused a sensation and was interpreted by many as a rebuke to the political management of the crisis. But what is truth? That the criticism of the professor concerned the attitude towards the scientific community.

In his recent speeches at scientific events, the professor focused on the issue of risk communication. In the last of them, he said: “We need experts, we need a team, we need cooperation, we need to determine what your audience thinks. Something that we have failed tremendously at.”

The professor began his speech by making it clear that he would not talk about politics, but only about science. According to K., when he said “we failed because we stopped trusting science and trusted our ideology,” he meant not third parties, but scientists and that part of the scientific community that could not convey information about the risks and benefits of vaccines in simple terms and honest answers. In some cases, scientists were thought to be trying to promote themselves and express their personal position by giving “room” to anti-vaccinators and conspiracy theorists. “We have experienced countless false news and continue to experience it. 12.7 billion doses of the vaccine have been administered. Where is this epidemic of deaths from a “deadly”, “poisonous” vaccine?” asks the professor, recalling the statements of those who claimed that vaccines would lead to an increase in the number of deaths.

The professor’s criticism was about working with the scientific community and focused on risk communication.

The message that Mr. Tsiodras wanted to convey is reflected in an excerpt from an article recently published in the prestigious scientific journal Science: “It is easy to accuse far-right politicians and opinion leaders of disinformation. the scientific community allow them to sow these doubts? Until the scientific community solves the problem of misinformation from within, it cannot expect it to happen from the outside.”

For your information, the article described the case of an anti-vaxurist surgeon in the United States, a member of the team who claimed that hydroxychloroquine* was a cure for COVID-19. Who, despite the fact that the use of this substance was convincingly proven to be dangerous for patients, became a teacher at the University of Florida medical school. And he continues to make false, non-scientific claims while some of his academic colleagues remain silent, as the Science columnist points out.

Mr. Tsiodras looks extremely annoyed that once again his words were distorted, and that specific phrases were isolated from everything he said and interpreted not in the spirit of his speech. “But we always highlight the darkness,” he told his interlocutors.

This contrasts sharply with the way he chose to end his speech. As he said: “I see the beginning, I see the world is more ready and the science is better organized, so that we are gradually returning to normal. Protect the susceptible, give them a boosted dose, give them treatment immediately when necessary, continue the epidemiological oversight with our new tools and, of course, to review our shortcomings, the health system, how to strengthen it and how best to prepare for the future, not only for our country, but in general for all of humanity, this autumn.”

Memory Pill: The Mitsotakis Government, with the approval of Tsiodras, bought in India 5 tons (!!!) hydroxychloroquine through a company owned by Donald Trump’s son-in-law. Already at that time, it was well known that this drug, used to treat malaria, is extremely toxic, and its use, with a high degree of probability, can lead to death. So far, no one has reported on the use of this drug and the reasons for buying it. However, thinking people already understand the reason.