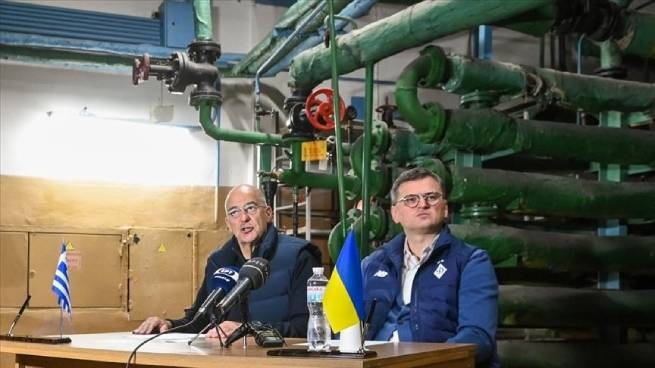 Writes about it “EUROPEAN TRUTH”referring to the Greek edition Ekathimerini. The head of the Greek Foreign Ministry said that Turkey completely adopted the methods of Russia, threatening Athens. According to him, the bombed Kyiv, in a certain sense, is an ideal place to convey to the world community information about what the Greeks are facing. The minister spoke about the commonality of the challenges that Greece and Ukraine face:

“Both countries have large aggressive neighbors on the eastern borders. Both neighbors claim that our territories were illegally obtained by us from the former empires, Russian and Ottoman. For the eastern neighbors of Greece and Ukraine, there are no borders, they are artificial, and therefore openly contested. And Greece and Ukraine allegedly control territories that do not belong to them: Crimea, Donbass, the islands of the Aegean Sea. At best, our countries should exercise limited sovereignty in these territories, demilitarizing them. According to this revisionist narrative, our countries violate the rights of “ethnic” minorities “.

According to Nikos Dendias, threats of invasion, which did not remain just threats in the case of Ukraine, are combined with hybrid warfare using all means, such as migration as a weapon and cutting off energy flows. The Minister noted:

“Propaganda warfare and personal attacks against the leadership of our countries are also part of this hybrid warfare. Turkey has completely adopted the methods of Russia. She clearly warns: “Be careful if you do not want to become another Ukraine. We are talking about the challenges we face in Athens, Brussels, Washington and other places; but our voice takes on added urgency and seriousness when we speak from a bomb shelter in Kyiv.”

As the head of the Greek Foreign Ministry stated, the message sent from Kyiv angered Turkey. He noted:

“The message is simple: if the actions against Ukraine are not stopped, there will be imitators. The most touching moment for me was when my Ukrainian colleague repeated the slogan of the Greek war of independence in front of the camera: “Freedom or death.”

During the visit of Nikos Dendias to the Ukrainian capital on October 19, the negotiations between the foreign ministers of Ukraine and Greece were interrupted by an air raid, so the diplomats continued them in a bomb shelter.