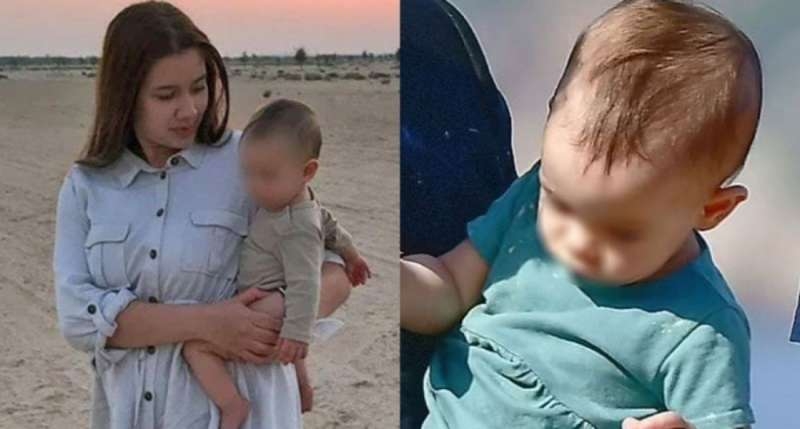 Babis Anagnostopoulos, who killed his wife, was told in prison that his daughter Lydia had gone to the Philippines permanently with her grandparents.

The pilot remains in jail for a crime he committed in Glyka Nera related to Caroline’s murder. The central figure of the tragedy was and remains their daughter. Little Lydia is orphaned and is being raised by her grandparents.

The father of the murdered Caroline and the grandfather of 2-year-old Lydia decided that it would be better for the child to grow up away from Greece. The couple left for the Philippines (their homeland), and the life-sentenced pilot learned about the incident from his lawyer.

From Babis Anagnostopoulos comes the first negative reaction to the removal of his daughter Lydia from Alonissos. The news quickly spread throughout Greece, as the murder of Caroline Crouch shocked the whole world, and the memories of some remain an “open wound” to this day.

The killer’s lawyer, Alexandros Papaioannidis, said: “This is an unexpected violation of the right to communicate with my client’s daughter. Such a development of events and the lack of communication with the father will not benefit the child. I am sure that a solution will be found through the judicial system. My client, Babis Anagostopoulos, of course, did not expect anything like this. Great efforts were made to protect the child, including the waiver and transfer of property to his daughter, Lydia.”

It should be noted that, according to a report published by thenewspaper.gr, Susan Crouch (grandmother) and two-year-old Lydia took a plane to Manila on Sunday, where they will stay for a while.

According to the Crouch family, the child should stay there for the rest of his life, and communication with the convicted father should be via Skype. This will also be requested in court.

It is worth noting that Caroline’s family may unilaterally decide on the place of residence of little Lydiasince it performs child custody by court order.