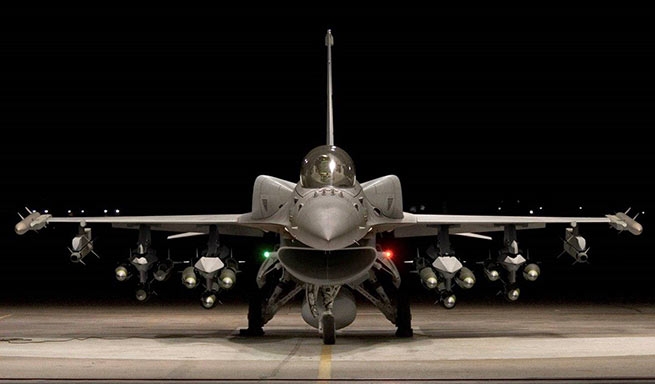 Conditions that restricted the sale of the latest F-16 fighter jets to Turkey were lifted in the Senate version of the US National Defense Authority Act (NDAA) for 2023, according to Anadolu news agency. This news means that the way is open for Turkey to purchase new fighters and upgrade old ones without any obligation to use them.

According to Turkish media, Akif Çağatay Kilić, Chairman of the Foreign Affairs Committee of the Turkish Grand National Assembly, AKP Istanbul MP, said that both the US government and some members of parliament are positive about Turkey’s purchase of F-16s in the Viper version, and said: “For its implementation, the approval of the Congress is necessary. We were there as part of a delegation for a face-to-face meeting. During the exchange of ideas, many of the issues we raised were accepted.”

In the past few days, some US senators have introduced a number of articles aimed at committing to the sale of F-16 Block 70s aircraft to Turkey under certain conditions. The above articles were to be added to the US Department of Defense National Defense Authority Act (NDAA) for 2023. However, the amendments prepared by the US senators were excluded from the Senate version. Thus, there is no bill left in the US Senate restricting the sale of F-16s to Turkey.

Draft National Defense Authority Act 2023 (NDAA), drafted separately by the House and Senate, will be debated in the Joint Committee of the US Congress in the coming days. If the Joint Committee does not approve the F-16 bill passed in the House of Representatives (containing these two restrictions), all factors limiting Turkey’s supply of F-16 Block 70s will be removed. The two conditions were that Turkey would not use F-16 fighter jets to violate Greek airspace and the sale would be in the US national interest, but they magically vanished from the bill.

Recall that on the sidelines of the UN General Assembly, Turkish President Recep Tayyip Erdogan said he received “positive messages” from two US senators regarding the purchase of F-16 fighters, and international media reported that he recently met with Republican Senator Lindsey Graham and Senator Democrat Chris Koons.

Also last week, Turkish presidential spokesman Ibrahim Kalin met with US National Security Adviser Jake Sullivan in Istanbul to discuss the purchase of the F-16. Turkish media reported that the meeting “stressed that the completion of the F-16 process would serve the strategic interests of the two countries.” And Kalin told a US official that “Turkey will not hesitate to defend its rights and interests in the Aegean and Mediterranean” and that “aggressive actions by Greece are unacceptable.”

Under the amendment by US Senator and Chairman of the Senate Foreign Relations Committee Robert Menendez, the amendment asks the US President to confirm to the relevant congressional committees that F-16 aircraft will not be used to overfly the Greek islands.

As noted in the amendment, “The President may not sell or approve an export license for new F-16 aircraft or F-16 upgrade technologies or F-16 upgrade kits to any entity under the provisions of the Defense Export Control Act.” government of Turkey, or any agency or body of Turkey, unless the President confirms to the Senate Foreign Relations Committee and the Senate House Foreign Affairs Committee and the Congressional Defense Committees that such a sale is in the interest of the United States.Including a detailed description of the specific measures taken to ensure that such F-16s are not used by Turkey for repeated unauthorized overflights over Greece and for military operations against US allies, including the SDF in the campaign against ISIS, and that no export of new F-16s, F-16 upgrade technologies or kits for upgrading the F-16 could not be implemented before the date of ratification of the Turkish ii accession of Sweden and Finland.

It should be noted that the amendment is not limited to the issue of Turkish overflights over the islands of the Aegean Sea, but establishes broader conditions. In particular, she calls for the ratification of the protocol on the accession of Sweden and Finland to NATO and to ensure that American fighters are not used against the Kurds in Syria.