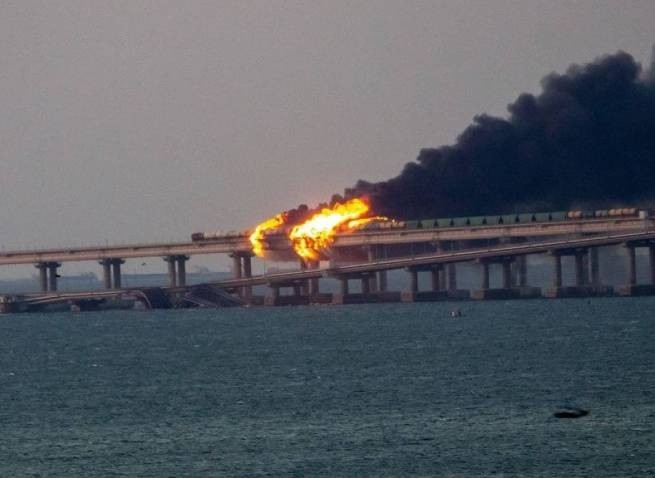 The Federal Security Service of Russia named the main directorate of intelligence of Ukraine as the organizers of the explosion on the Crimean bridge.

“As part of the criminal case on the explosion on the Crimean bridge, five citizens of Russia, three citizens of Ukraine and Armenia, who took part in the preparation of the crime, were detained.”

The FSB called the GUR and its leader Kirill Budanov the organizer of the explosion, the newspaper writes, agents and employees of the department took part. According to the Russian special services, the explosive device was camouflaged in rolls with polyethylene film on 22 pallets, the total weight of which exceeded 22 tons. In early August, the cargo was sent from the port of Odessa to the Bulgarian Ruse (contract No. 02/08/2022 between Translogistic UA LLC (Kyiv) and Baltex Capital SA (Ruse). Citizens of Ukraine, Georgia and Armenia were involved in its transportation.

As our publication reported, on October 8, on the automobile part of the Crimean bridge from the side of the Taman Peninsula there was an explosion truck, which resulted in a flash of seven fuel tanks of a train heading towards the Crimean peninsula. As a result, a partial collapse of two automobile spans of the bridge occurred, but the arch over the navigable part of the bridge was not damaged.