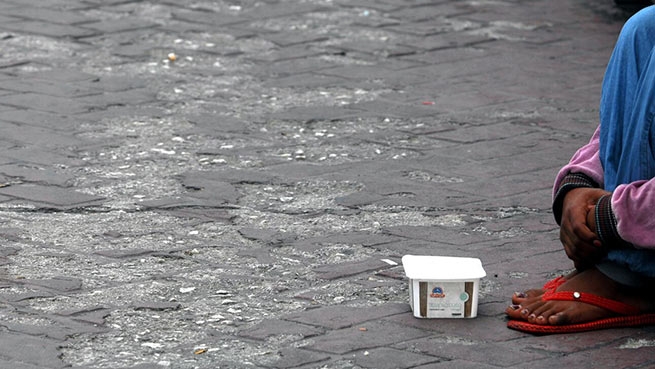 A 54-year-old Bulgarian woman has been sent to jail after being arrested for forcing a 6-year-old girl to beg every day, sometimes for more than 12 hours.

The woman forced the girl to beg in front of shops in Tsimiski, in the center of Thessaloniki, leaving her grimy and in rags so that the child would arouse pity among passers-by. This case was identified following complaints from citizens to the information line on human trafficking (“1109”), after which a police investigation was carried out.

Officers from the Anti-Trafficking Unit of the Thessaloniki City Security Department placed the minor and the 54-year-old woman accompanying her undercover surveillance, recording their movements for 24 hours. This past Thursday was followed by the arrest of a woman who first told police she was the girl’s mother, which turned out to be a lie.

Testifying to an investigator in Thessaloniki, the woman later claimed to be the grandmother of a minor, confessing that she had come to Greece from Plevna, Bulgaria, where she lives, early last month to beg.

As regards her allegations that she had the written consent of the 20-year-old mother of a minor to take her with her, according to the information, that document was her husband’s death certificate. However, she did not convince the prosecutor and the investigator, and was unanimously declared arrested (she was charged with professional trafficking and conspiracy, exposure of a minor and false reporting, the first of which is a serious crime, and the other two are misdemeanors).

In the meantime, by order of the juvenile prosecutor’s office, the girl was transferred to the temporary detention center for juveniles, where she is now. Her fate and whether she will return to her family is expected to be decided in the next few days by the justice authorities.