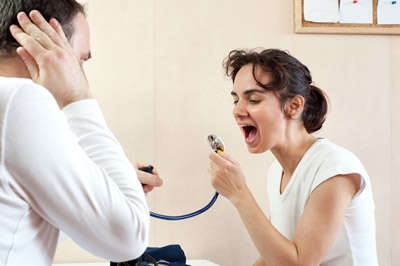 An unprecedented incident took place at the Karamandaneo hospital in Patras, where a minor, admitted to the children’s ward of a psychiatric clinic, bit and lightly injured a doctor and caused damage to the building.

The reason for the “explosion” of the patient was that the clinic staff did not allow her to smoke indoors. In particular, a person suffering from a serious infectious disease escaped from the hospital in order to return soon. The police were called into the incident.

In particular, according to the testimony of the staff of the Child Psychiatry Clinic, as reported by thebest.gr, on Friday evening the patient asked for a cigarette, which she is usually allowed to do in order to calm her down and resolve the general situation. But this time, the attendant refused to break the rules, causing the patient to “freak”.

“She broke everything in front of her. When the child psychiatrist on duty tried to calm her down, she attacked him, biting and beating the doctor. We notified the police, and in the context of the ongoing disturbances, the patient fled and left the clinic. At the same time, one of the nurses ran after her to stop her and return her to a medical facility.

It is especially noted that a particular person suffers from serious infectious diseases that are dangerous for her personal health, as well as for the health of the population, if during the escape she was in contact with citizens.

In the morning and around 6 o’clock she returned to the clinic, where she received special treatment. We have signs that during the escape she used drugs. Hospital medics wrote an oral report of the incident and sent a letter to the head of Karamandaneo, Pavlos Atanasopoulos, and the acting researcher, Professor of Psychiatry Philippos Gurzis. There is also a report submitted to the prosecutor’s office.

According to experts, “the clinic should be transferred to a hospital structure, and before that, security measures should be strengthened.”