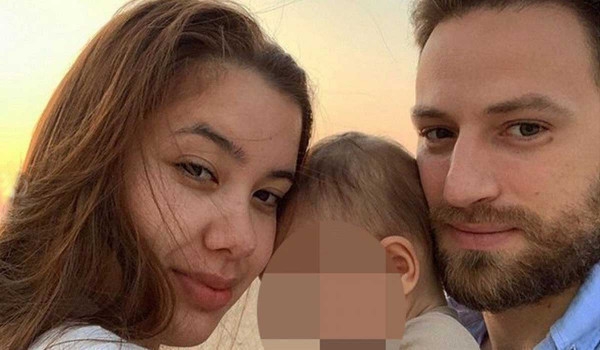 The murderer of his wife Babis Anagnostopoulos decided to transfer his property to his daughter Lydia, his lawyer said today, Tuesday, October 4, on the MEGA channel.

However, a friend of the grieving Caroline says the “grand gesture” is just part of a larger plan by the pilot to get him out of prison. According to her, the killer wants to show extenuating circumstances and after a few years to ask to release him ahead of schedule.

Babis Anagostopoulos, convicted of the murder of his 20-year-old wife Caroline in Glyka Nera in May 2021, decided to transfer all his assets to his daughter, who currently lives with her grandparents in Alonissos. In particular, a man sentenced to life in prison for the brutal murder of Caroline ordered that his personal property be transferred to the child.

Mr. Papaioannidis referred to information about the transfer of property and confirmed this fact. “We are talking about any property of Babis Anagnostopoulos, movable and immovable, all of it will have to go to the child. He has already voluntarily started the clearance process. Even the property that was bought with his wife during the marriage and everything else, provided, of course, that the guardians of the child accept it, ”said the lawyer.

“Indeed, there are some procedures that relate to the will of another person. Here we are not dealing with a capable person, but with the one who exercises guardianship. In this case, the guardian is Caroline’s mother. The purchase of the site was a joint one,” he concluded.

What will Caroline’s family do

The parents of the deceased Caroline Crouch are seriously considering change of child’s last nameand the father of the victim recently stated in an interview that he would do everything in his power to ensure that Babis Anagostopoulos never saw little Lydia again.

It is also reported that in recent days the sister of the deceased, Suzanne, is on Alonissos, trying to complete all legal procedures so that her family can take little Lydia.

And Babis Anagnostopoulos is thinking about how to implement a plan for his own release from prison in 7 years (although he was sentenced to life imprisonment).