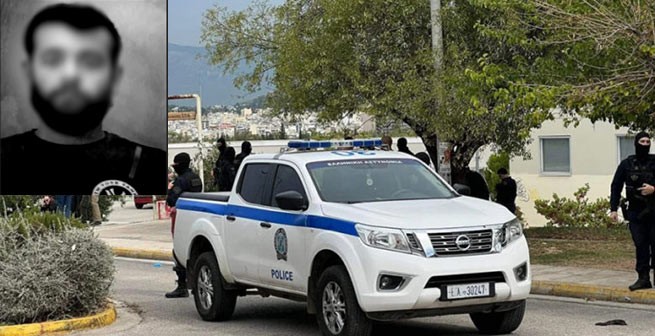 According to reports that have fallen into the hands of the Greek media, the “Albanian mafia” based on the campus of the Polytechnic University financed the perpetrators of terrorist attacks, such as the one that was carried out in May 2017 against former Prime Minister Lukis Papademos.

Underground Mafia Deals Zografu
In particular, on November 15, 2018, critical Greek police services clearly informed their leadership of suspicious links between prisoners in the Korydallos prison and the bloody attacks on the university campus in Zografou.

This investigation was launched after it emerged that an active member of the anarchist community, accused of sending a parcel bomb that injured the former prime minister Lucas Papadimosa in his car on Marni Street on May 25, 2017, received numerous money transfers to his bank account.

It is reported that 14 people, on instructions from the Korydallos prison and other places, were to deposit money into the terrorist’s account.

One of these persons was the leader mafia “base” in Zografa and the one who tried hitting a policewoman with a screwdriver!

Like us reported earlier, the head of the gang, nicknamed “Giulio”, was arrested in 2020 for kidnapping the son of a journalist, which, after the hostage-taking in the Polytechnic city, turned into a robbery of the family’s house, but for “unknown” reasons, he quickly found himself free. He was also accused of raiding the offices of professors and laboratories of the university with the theft of equipment worth about 200,000 euros.

The investigation has been ongoing since 2018.

As the journalists of the publication “Το Βήμα της Κυριακής” found out, for the gangs based in the premises of Zografu University, which were liquidated during a recent special operation EL.AS. there were multi-page informative internal records from November 2018 that recorded their actions, however without any response from law enforcement.

In this particular confidential briefing, which reached the leadership of the police at the time, connections were made between Albanian mafiosi based on the Polytechno campus and criminals based in Korydallos prison who were involved in gangs of murderers and robbers.

The authors of the investigation note that information about the links of the anarchists with the Albanian mafia and drug dealers was known to both the police and the special services, but the cases were not given a go. According to the sources of our editorial board, such a situation was beneficial to the leadership of the Greek police.