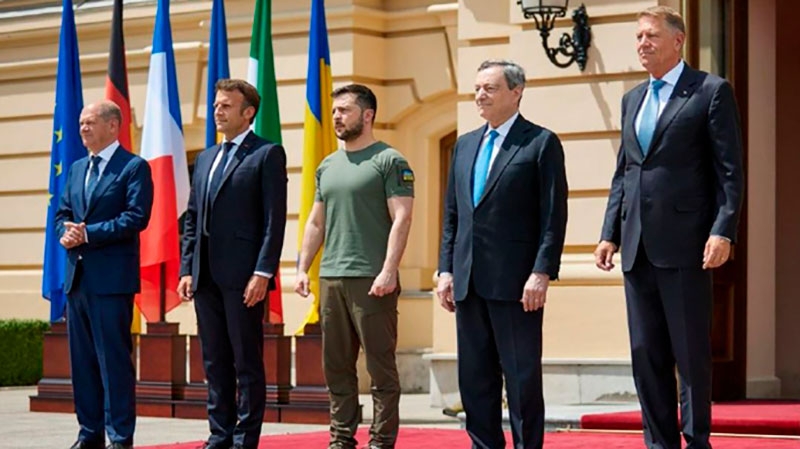 A RAND research paper published by the Swedish newspaper Nya Dagbladet says the US used Ukraine to force Russia into military intervention and then impose sanctions that would impoverish Europe.

According to the Swedish newspaper:

09/13/2022 Nya Dagbladet: How the US planned the war and energy crisis in Europehttps://t.co/xKKHtFqUfy pic.twitter.com/gsSoIIJzX7

“Shocking Document: How the US Planned War and Energy Crisis in Europe” is how the newspaper calls the revelation.

It refers to a leak of information from the RAND think tank, which is close to the US government.

The document says that the aggressive foreign policy of the West, pursued in Ukraine, will force Russia to military intervention. Washington’s goal is to declare Russia an aggressor and introduce a long-prepared package of sanctions.

In this scenario, the economy EU “will inevitably collapse,” the report says.

Shocking document: how the US planned the war and the energy crisis in Europe

In what appears to be an unusual inside leak from the US government-affiliated think tank RAND Corporation, known among other things for being behind US foreign and defense strategy during the Cold War, a detailed account of how the energy the crisis in Europe was planned by the United States.

The document, dated January, acknowledges that NATO’s aggressive foreign policy in Ukraine will force Russia to intervene militarily in the country’s affairs. The goal, they explain, is to introduce a package of sanctions that has been in the making for a long time.

The EU economy, the document says, will “inevitably collapse”, with the result that up to $900 billion of resources could flow to the US and well-educated European youth will be forced to emigrate.

The main goal they describe is to divide Europe – especially Germany and Russia – and destroy the European economy by putting their people in the leadership of the countries in order to stop Russian energy supplies to the continent.

The same document, however, has caveats such as Germany being a country with limited sovereignty, or Biden facing impeachment, so some talk of a fake document, which could well be, but the scenario doesn’t seem unlikely, regardless of the authenticity or inauthenticity of the document.