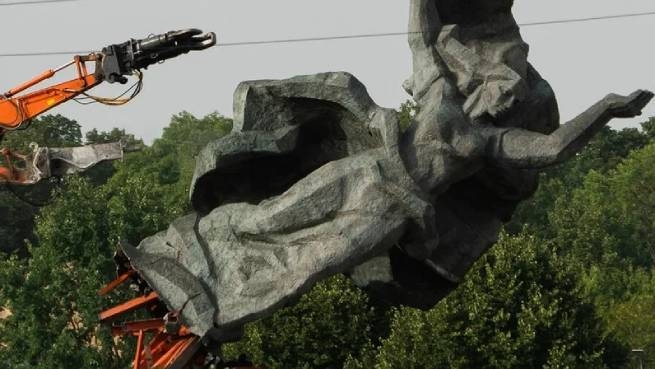 Acts of vandalism and the demolition of victory monuments continue in the EU countries. Greek MEPs call this a disregard for historical truth.

Kostas Papadakis and Lefteris Nikolaou-Alavanos, MEPs from Greece, on September 16 appealed to the European Commission on this issue. They call for a fair assessment of the cases of the demolition of monuments in honor of the Victory and express their attitude to the destruction of monuments “symbolizing international solidarity, friendship and peace.”

Greek politicians recalled in their appeal the recent decision of the Latvian government to dismantle the monument to the liberators of Riga. For this, the deputies note, the presence of large-scale police forces was required – veterans of the Second World War and their relatives protested against the demolition of the monument.

MEPs note that the head of the European Commission, Ursula von der Leyen, encourages the anti-communist and anti-Soviet campaign, making a statement on the “day of remembrance for the victims of totalitarian regimes”, which she wants to approve EU. According to the deputies, such a policy supports attempts to “legitimize gross attacks on the historical and cultural heritage of European peoples,” writes GreekReporter.