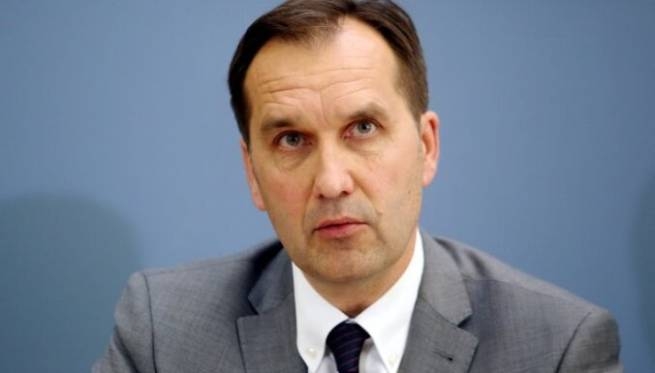 Maris Riekstins, Latvia’s ambassador to the Russian Federation, speaks about the undisguised calls for genocide of Ukrainians voiced in Russia.

As writes BB.LVquoting him, the opinions expressed in the Russian public space about Ukraine and Ukrainians do not indicate that Russian society can be considered healthy.

The Ambassador of Latvia to the Russian Federation said in an interview with the LTV program “Morning Panorama” that various public statements show how “latent revanchism” is developed in Russia – there are even open calls for the genocide of Ukrainians.

Asked by the host of the program whether Russian public support for Putin’s regime has changed, the diplomat replied that it is difficult to assess. The reason is banal: all polls conducted in Russia should be viewed very critically. Even the sociologists conducting them confirm that about 80% of Russians polled refuse to answer political questions.

Maris Riekstins believes that people’s avoidance of speaking out about politics is quite understandable, since it is dangerous in Russia to express a personal opinion that is contrary to the official authorities, as evidenced by the arrests of oppositionists.

The diplomat acknowledges that there are currently no signs of rebellion inside Russia, adding, however, that in 1985 the USSR also demonstrated confident stability.

Speaking about the usefulness of negotiations between the Kremlin and Western leaders, the ambassador acknowledged that at one time all conflicts end in negotiations, but now it is difficult to assess whether they are appropriate. In his opinion, it is useful for Western leaders to maintain channels of communication, but it should be remembered that the Russian regime has so far openly deceived in the negotiations.

Regarding the sanctions, the Latvian ambassador noted that they are noticeable in Russia, but “not yet with a critical effect.”